According to Forbes.com, ”The cutoff to qualify among the world’s most valuable sports franchises is higher than ever, up 18% this year to $1.75 billion. There are 36 franchises worth at least $1 billion that did not make the top 50. Credit soaring TV contracts for the rising franchise values, as well as labor deals with players that almost ensure profitability barring outrageous spending on payroll by an owner.”

Forbes has released its yearly list of most valuable sports teams in the world, with Manchester United valued at $2.85bn only behind NFL side Dallas Cowboys ($3.25billion) and Major League Baseball’s New York Yankees ($2.86bn), making the Manchester club the most valuable football team on the planet, surpassing Real Madrid and Barcelona in he process.

What makes Man Utd’s rise to the top of the Forbes list of most remarkable is that the club has gone up 11 per cent from $2.57bn in 2016, despite not having won the league or Champions League. since 2013.

Chelsea, and Manchester City were among four Premier League sides ranked in the top 50, but Liverpool and Arsenal dropped out of the list.

”No sports league is as profitable as the NFL where the average team earned an operating profit (earnings before interest, taxes, depreciation and amortization) of $91 million and no one banked less than $26 million. The boffo profits helped 29 NFL teams rank among the 50 most valuable franchises (only the Bengals, Lions and Bills missed the cut). Other sports include eight MLB clubs and seven each from the NBA and European soccer.” 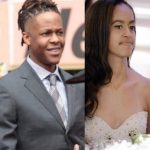 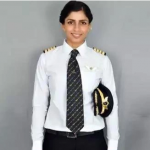