Former Manchester United manager Sir Alex Ferguson will return to manage the Red Devils at Old Trafford for the first time since retiring in 2013, the club has said.

The club in a statement on its website on Saturday said Ferguson will manage a Manchester United XI in a 20th-anniversary repeat of their dramatic 2-1 Champions League final win over Bayern Munich.

ALSO READ:  The Berbers: The Origins Of An Ancient People

The match, which will feature players from the 1999 game at the Nou Camp, will be at Old Trafford on May 26.

United interim boss Ole Gunnar Solskjaer, who scored the injury-time winner, is expected to be in the side.

ALSO READ:  I'm Not A Homewrecker' - Ukrainian Refugee Who Ran Off With Another Woman's Husband Speaks

Ferguson who retired in 2013 said it will be a “special day”.

The most successful manager in the history of British football, he won 38 trophies during 26 years in charge of United.

The Champions League triumph – with victory over German giants Bayern secured thanks to two injury-time goals by Teddy Sheringham and Solskjaer – was part of a 1998-99 Treble that also included the Premier League title and the FA Cup.

The anniversary match will raise funds for the Manchester United Foundation.

Manchester United managing director Richard Arnold said: “The ‘99 Treble is one of the most important and historic moments in Manchester United’s story, with a team made up of some true legends of the game.

“The final against Bayern Munich is a night etched in the memory of all our fans, and for so many of those names to be returning to Old Trafford to celebrate the anniversary of that momentous achievement is testament to the Manchester United Foundation and the work it does in our community.” 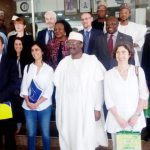 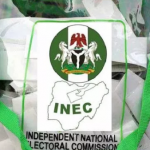