Manchester City footballer, Benjamin Mendy has arrived at Chester Crown Court today for the second week of his rape trial.

The French footballer, 28, denies eight counts of rape against five women, one count of sexual assault, and one count of attempted rape.

ALSO READ:  Find Out The Top 3 Players Vying For The 'Best Player Award In Europe" (Messi Out, Griezmann In) The offences are alleged to have taken place on five different occasions at his Cheshire mansion between October 2018 and August last year.

Last week, one of his alleged victims said she was left feeling like she ‘didn’t want to be here anymore’ after allegedly being raped by Mendy.

Prosecutors allege Mendy, a French international, is a ‘predator’ who ‘turned the pursuit of women for sex into a game’.

None of the women involved can be identified and reporting restrictions apply ahead of the trial.

Both men deny all charges. 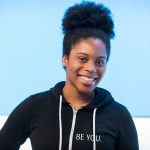 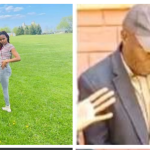