The three main opposition candidates in Mali’s presidential election announced Sunday they were mounting a legal challenge in the country’s constitutional court.

The opposition had alleged “ballot box-stuffing” and other irregularities after incumbent Ibrahim Boubacar Keita took the lead in the first round of the vote last month.

Keita won 41.42 per cent of votes in the July 29 presidential poll in the sprawling west African nation, easily ahead of the second place rival Soumaila Cisse with 17.8 per cent. They will face off in a runoff vote next Sunday.

“Soumaila Cisse filed last night (Saturday) around 20 submissions to the constitutional court for ballot box-stuffing, violations of the electoral law and other irregularities,” a spokesman for the candidate told AFP.

“The ballot box-stuffing explains IBK’s tallies in the north and centre” of the country, the spokesman added, using Keita’s initials.

He said a motion had also been filed seeking the “recusal of six of the court’s judges on suspicion of bias, including its president” Manassa Danioko.

Third-placed Aliou Boubacar Diallo, who won 7.95 percent of the July 19 vote, has also filed a complaint to the constitutional court “concerning the results and the vote tallying,” his spokesman Cheick Diallo told AFP.

And in fourth place with 7.46 percent in the first round, Cheick Modibo Diarra — former transitional prime minister in 2012 — has also appealed to the highest court about the “reports of irregularities”, according to a statement from his political group.

The nine-judge constitutional court must officially announce the results of the first round by Wednesday to kick off campaigning for the run-off vote — which Keita is heavily favoured to win — on August 12.

When questioned by AFP, the court’s secretary-general Mamadou Magassouba said he could not confirm receipt of submissions because such “requests come in confidentiality”.

He also declined to comment on allegations of bias in the court.

Cisse, 68, whom Keita defeated in a 2013 run-off vote, has called the latest vote results “neither sincere nor credible” and “a fraud”.

Violence disrupted the first-round election in several areas beset by ethnic and jihadist unrest despite the deployment of 30,000 security personnel.

Suspicions of electoral fraud have been fuelled by the fact that the ministry of territorial administration has released provisional results only on the national level.

The government “has no intention of publishing (results) in detail, bureau by bureau”, a source close to the ministry said, despite demands from the opposition and international observers for “transparency”.

The international community, including the UN mission in the country (MINUSMA) and French forces present in the country, have put high hopes in the poll which could revive a peace agreement signed in 2015 between the government, government-allied groups and former rebels.

Mali, considered a linchpin state in the troubled Sahel region, is one of the world’s poorest countries, with most people living on less than $2 a day. 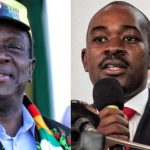 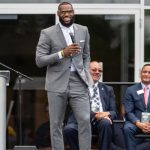