Mali’s President Ibrahim Boubacar Keita has said his country needs the support of France, Africa and the United Nations now ‘more than ever’.

Keita made the remarks while declaring three days of mourning after Friday’s attack on an army base left more than 40 soldiers dead.

“In these particularly serious circumstances where the stability and existence of our country are at stake, our only response must be national unity, the sacred union around our national army,” he said in a statement Monday night.

Friday’s assault in Indelimane in the northeast part of the country near the border with Niger, was the latest to target Mali’s military.

ALSO READ:  This Is Why Rwandan Refugees In Malawi Won’t Go Back Home - Report Shows

The country is struggling to contain an Islamist insurgency that began in the north and spread to the centre of the country. At least 40 troops were killed a month ago in a double attack near the Burkina Faso border.

Islamic State-allied militants claimed responsibility for the Indelimane strike during which gunmen on motorbikes attacked the base in three different groups, according to Malian army sources and a UN document seen by AFP.

Over the weekend two more Malian soldiers were also killed by a roadside bomb and a French soldier was also killed when his vehicle hit an improvised explosive device.

Northern Mali fell into the hands of jihadists in 2012 before the militants were forced out by a French-led military intervention. But the jihadists have regrouped to carry out hit-and-run strikes in violence that has spread to central Mali.

France still has around 4,500 troops in the country as part of its Barkhane operation and is looking to hand more responsibility to local forces.

French Armed Forces Minister, Florence Parly, on an official visit to the Sahel called for “patience” in the battle against the militants.

“This is a fight where we have to have patience,” she said on a visit to Barkhane operations in the Chad capital N’Djamena. “We still need time for the local forces to build up their resilience.”

Neighbouring Burkina Faso and Niger have also been infiltrated by insurgents, at the cost of hundreds of lives.

The G5 Sahel, a five-nation joint taskforce set up in 2014 to tackle the jihadist threat, is also active in the region. It comprises troops from Burkina Faso, Mali, Mauritania, Niger and Chad. 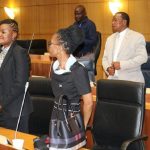 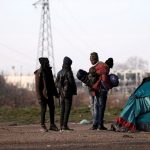