This comes after West African leaders imposed economic sanctions after the coup, but they appear to have had a limited effect so far.

ALSO READ:  The Speech by Sekou Toure that Exasperated Colonial France to Pack Out of Guinea [Video]

Junta meeting with ECOWAS in Ghana

ECOWAS leaders had given one week for a civilian interim president and prime minister to be in place.

#Mali’s ruling junta said on Wednesday that it had started the process of naming an interim president, after West #African presidents threatened a total embargo on the landlocked country.https://t.co/cGtwDJ7Nwa pic.twitter.com/IZJhrxv89A

Wague, the junta spokesman, told reporters it could not give an immediate response. A transitional charter approved at multi-party talks says the interim president can be a soldier or a civilian and will be chosen by electors selected by the junta.

The ruling junta announced a plan that would allow a military leader to oversee an 18-month transitional period but this wasn’t accepted by the opposition groups. 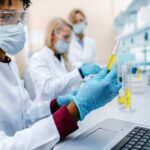 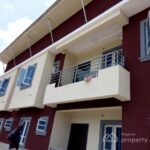