A call for prayers in Mosques and churches have been made by President Peter Mutharika of Malawi, to ensure the nation is blessed with rain and disaster-free 2018-2019 season. President Mutharika who directed all Cabinet ministers and senior government officials to join congregations at their nearest places of worship for the prayers was commended by the Presidential adviser on religious affairs Apostle Timothy Khoviwa, who stated that prayer is very important if Malawi is to progress as a country. The statement released on Thursday and signed by Chief Secretary to the Government Lloyd Muhara reads in part;

ALSO READ:  Libya’s Mitiga Airport Halts Air Traffic Following Airstrike
Loading...
Quote
“The president is calling on all Malawians and people of good will living in Malawi to dedicate prayers in respective mosques, churches and prayer houses from 26 to 28 October 2018.”

Apostle Timothy Khoviwa stated that asides having a national gathering for such prayers on a single day, the three days will give a chance for every person from all corners of Malawi to take part in the prayers. “We believe in a miracle working God and to have a leader who values prayers it’s a commendable thing,” he said. Evangelical Association of Malawi (EAM) general secretary the Reverend Francis Mkandawire, who also commended the President, said; “This is commendable; it’s good to seek God’s intervention in these issues. We have structures and we are sending a special appeal to our members. We will also pray for peaceful elections next year,” said Mkandawire.

ALSO READ:  This African Man Fought Against His Deportation from Canada and Lost His Life on the Plane
Loading...
81
SHARES
ShareTweetGet Stories like this
PinterestGoogle 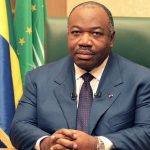 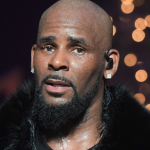