African immigrants, most importantly Zimbabweans in South Africa have hailed that country’s Constitutional Court ruling that foreign nationals that are detained mostly at Lindela repatriation camp, have the right to legal recourse.

The South African Constitutional Court on Thursday last week unanimously upheld the rights of detainees to a speedy trial, declaring they have rights to challenge their arrest within 48 hours of detention.

In what has been described as “an historic decision” by the Lawyers for Human Rights (LHR), who were challenging the Home Affairs minister and others on sections 34 (1) (b) and (d) of the Immigration Act the Constitutional Court deemed the sections inconsistent with the Constitution and, therefore, invalid.

ALSO READ:  Here Is What A Dollar Can Buy In Different Countries; Senegal, Nigeria, France, etc...

Carol Mohlala, the LHR media and communications manager said, the court ruled that the rights guaranteed in section 12 and 35 of the South African Constitution — the right to challenge in court a detention within 48 hours of arrest and the right to be protected against arbitrary detention without trial — apply to foreign nationals as well as South African citizens.

“The court suspended the finding of invalidity for 24 months to allow Parliament to issue new legislation to correct the defects of section 34,” she said.

“In the interim, the court’s ruling mandates that all illegal foreigners detained under section 34(1) of the Immigration Act must be brought before a court in person within 48 hours of arrest.”

“Furthermore, the court mandated that all those currently detained under the Immigration Act must be brought before a court within 48 hours from today’s (last Thursday) 10am ruling or on such later date as may be determined by a court.”

The lawyers noted that the ruling has affirmed that all persons living in South Africa are protected by the law and not subject to arbitrary violations of their rights by authorities.

“This ruling will most importantly protect vulnerable individuals, whose detention has in the past fallen beyond the reach of judicial oversight resulting in widespread rights violations,” Mohlala said.

“We fully support the steps taken by the lawyers to challenge this. We have had incidents where people are kept at Lindela for more than four months without trial. We believe that is unjust,” he said.

Zimbabwe has a huge population of undocumented immigrants in South Africa fleeing economic, political and social turmoil at home. – Newsday 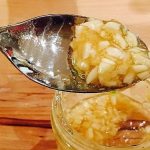 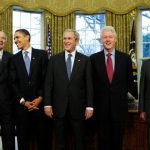