The estate of R&B singer Luther Vandross has struck a $40 million deal with Primary Wave Music to carry on his legacy. According to Variety, the deal will see Primary Wave Music acquire a stake in the late artist’s publishing, master recording income stream, and name and likeness rights.

The publisher, according to Variety, will also continue a long-term partnership with the estate to manage all assets.

ALSO READ:  France's Role In Rwanda's 1994 Genocide Back In The Spotlight

“We are delighted to join forces with Larry and Primary Wave. The LV Estate’s goal is to see Luther’s legacy continue to flourish and believe the partnership with Primary Wave is a clear step in that direction,” Carmen J. Romano, of FBBM Entertainment Business Management, told Variety.

“Luther Vandross was a soulful American icon who was the voice of a generation,” said Larry Mestel, CEO & Founder, Primary Wave Music. “We look forward to working with Carmen and the estate to help expand Luther’s influence.”

Aside from winning Grammy Awards, Vandross is also a recipient of two American Music Awards and 3 NAACP Awards. He was named one of NPR’s 50 Greatest Voices in 2010 and was also awarded a star on the Hollywood Walk of Fame.

Vandross started his career playing “Amateur Night” at the legendary Apollo Theatre in Harlem while he was in high school. He wrote the song “Everybody Rejoice/Brand New Day” for the Broadway musical “The Wiz” while working as a background singer.

Vandross created the hook for Bowie’s hit Young Americans and ended up singing on nearly the entire album, co-writing the song “Fascination,” and accompanying Bowie on a national tour that fall. He also became an in-demand background vocalist for the likes of Bette Midler, Roberta Flack, Diana Ross, Quincy Jones, Stevie Wonder, Judy Collins and more.

His solo album, “Never Too Much,” which he released in 1981, propelled him to stardom. He continued his super-stardom career by releasing multiple hit solo songs but also produced records for Aretha Franklin, Diana Ross and Dionne Warwick.

Vandross died of a heart attack at the age of 54 in July of 2005, after suffering a stroke two years earlier. 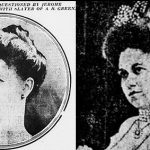