Holden Matthews, the 23-year-old White man who was arrested for burning 3 Black churches in Louisiana in 2019, was on Monday sentenced to 25 years in prison and ordered to pay $2.6 million in restitution to the churches.

According to the Associated Press, the accused admitted burning the churches to promote his career as a “black metal” musician, with his actions fuelled by similar arson attacks on Christian churches in Norway. He burned the three churches in the space of 10 days between March and April of that year. Matthews pleaded guilty to state and federal charges and he will serve 23 years as U.S. District Judge Robert Summerhays, gave him credit for 18 months already served in custody.

“Matthews admitted to setting the fires because of the religious character of these buildings, in an effort to raise his profile as a ‘Black Metal’ musician by copying similar crimes committed in Norway in the 1990s,” U.S. Attorney Alexander Van Hook said in a statement.

During the court proceedings, Matthews, whose father is a St. Landry Parish Sheriff’s deputy, addressed members of the congregation and expressed remorse for his actions, claiming he had repented.

ALSO READ:  “I Am Not A Racist, But Michelle Obama Has A Monkey Face And Poor English” – American Woman

“There are not enough words in the English language to say how sorry I am. If I could go back and change it I would…I not only have hurt my real family and friends but I have hurt my brothers and sisters in Christ,” he told them.

A section of the congregants were, however, doubtful Matthews had truly repented after three phone conversations he had with his parents while in custody were submitted as evidence, eventually pushing his initial Friday sentencing hearing to Monday.

According to federal prosecutor John Luke Walker, Matthews, during those conversations with his parents, spoke about breaking out of jail if he received an unfavorable jail sentence and also registered his displeasure with the testimonies some of the church congregants gave on Friday, referring to them as “bastards” at certain instance, The Advocate reported.

“The defense will say this is a moment in time a year ago. It’s not a moment in time. Based on these phone calls, he’s exactly the same person who burned down those churches,” Walker said.

His attorney, however, countered, saying his client made those comments as a result of the stress and frustration he was facing whilst being in protective custody, adding that his comments about breaking out of jail was a joke.

“It’s hard to believe that you have transformed, not that God can’t make changes because God can do whatever he has the power to do, but to say that you’ve changed that quickly when these phone calls were made one and two days prior…,” Sheryl Richard, a worshipper at Greater Union, said, according to The Advocate.

Even though Matthews’ actions weren’t considered to be racially motivated, Summerhays said it brought back a dark history.

“These churches trace their origins to the post-Civil War Reconstruction period and, for generations, were a place for predominantly African American Christians to gather, pray, worship, and celebrate their faith,” Assistant Attorney General Eric Dreiband of the Civil Rights Division, said in a statement, according to the Associated Press. “The churches survived for nearly 150 years but did not survive this defendant’s warped act of hatred.” 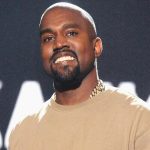 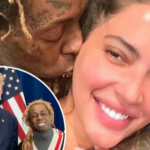