An 18-year-old Covington High School student was arrested and charged after she was filmed assaulting a disabled teacher in a suspected TikTok challenge, WVUE reported.

In the video of the assault, the student, identified as Larrianna Jackson, is seen striking the 64-year-old wheelchair-bound teacher multiple times while she’s on the ground. The Wednesday incident happened after the school’s dismissal bell rang.

“In the video, you can see the schoolteacher sitting at her desk where she appears to be talking to Larrianna Jackson,” Covington police said in a statement. “After a moment, Jackson punches the teacher, causing the teacher to fall to the ground. As the teacher fell to the ground, Jackson continues to violently closed fist-punch the teacher. The video then turns off at this point.”

ALSO READ:  Meet Africa's Richest Man, The Only Black Billionaire Among The World's 50 Richest People
Loading...
ALSO READ:  History Is Made In USA As 'Black Female Judge' Swears In Her Twin Sister As A Judge

The teacher sustained injuries and had to be taken to a hospital for medical attention. “I was just devastated to know what our teachers go through on a day-to-day basis just to educate students,” St. Tammany Schools Superintendent, Frank Jabbia said about the incident. “For this teacher to be having a conversation with a student and then to be assaulted in this manner was very disturbing.”

Jabbia also said they’re currently monitoring the teacher’s condition, and they can’t tell if she’ll ever return to the classroom. “She is hurting,” Jabbia said.

Officers said the attack may have been spurred by a viral TikTok challenge that reportedly encourages participants to destroy school property and attack teachers. But in a statement on Thursday, Jabbia said investigations carried out by the school district established the attack wasn’t related to a social media challenge, NOLA.com reported.

“This attack is disturbing and so is the fact that other students stood by, recorded it, and posted it on social media. The school system is taking the appropriate disciplinary action against all students involved,” Jabbia said. “We don’t have any evidence from our investigation that this incident is related to the TikTok challenge but any acts of violence including participation in illegal social media trends will not be tolerated in our school system.”

Responding to the challenge, TikTok also said the “rumored ‘slap a teacher’ dare is an insult to educators everywhere.”

“And while this is not a trend on TikTok, if at any point it shows up, content will be removed,” the social media platform added.

Jackson has been charged with a felony count of battery of a school teacher, per WVUE. Two other students were also arrested and charged in connection with the incident. 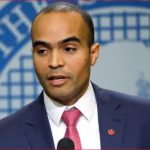 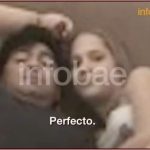