Research shows that African nations are importing fewer arms over the last decade.

Arms export across the world is currently the highest it has ever been since the Cold War ended in 1991.

This is according to new research from the Stockholm International Peace Research Institute (SIPRI) which found a 23 per cent increase in 2014–18 compared to the international transfer of major arms in 2004–2008.

Despite this general spike, the new report titled ‘Trends in International Arms Transfers, 2018,’ showed a 6.5 per cent decrease in arms imports in Africa over the last decade.

This could be attributed to the fact that more local manufacturers are joining the lucrative industry, which made over $25 billion last year.

Africa Facts reports that at least 11 nations currently produce some of the weapons used by the military and police.

These manufacturing and distribution factories can be found in South Africa, Nigeria Egypt, and other parts of the continent.

Here are the seven African countries that produce their own weapons and even export to other nations:

The manufacturing of arms reportedly started during the cruel apartheid regime as part of the white people’s desire to keep the blacks under military control.

At the time, the manufacturing of local weapons was described as crowd-control equipment, which consisted of assault rifles, handguns and even attack helicopters.

Years later, the South African arms industry has turned into one of the most advanced in this part of the world despite the considerable reduction in weapons production since the official end of apartheid. 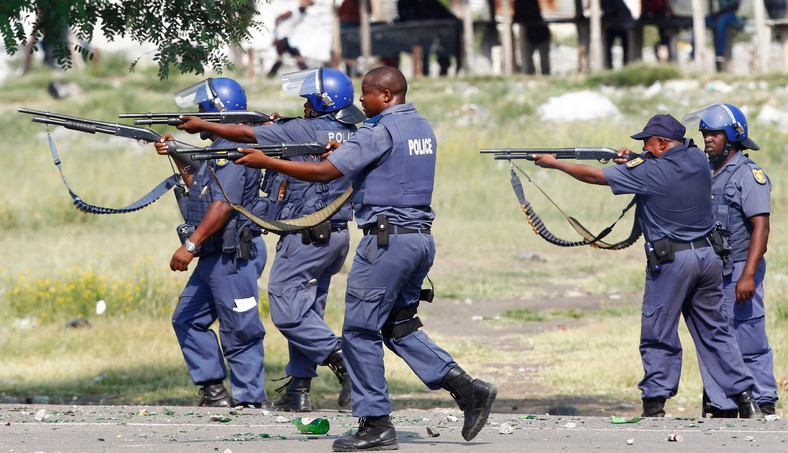 Its weaponry and other military equipment are exported to the United States, China, Sweden, Saudi Arabia and the United Arab Emirates according to the National Conventional Arms Control Committee (NCACC).

Ethiopia has one of the most powerful armies in the continent, according to a report by Agence France-Presse (AFP). Its strength comes from its local arms industry which started producing weapons in the 1800s.

Now, the country produces ammunition, small arms, rifles, grenades propelled rockets and its own version of the PKM machine gun thanks to a defence budget of roughly $400 million dollars. War Is Boring reports that Ethiopia also refurbishes tanks and armoured vehicles. 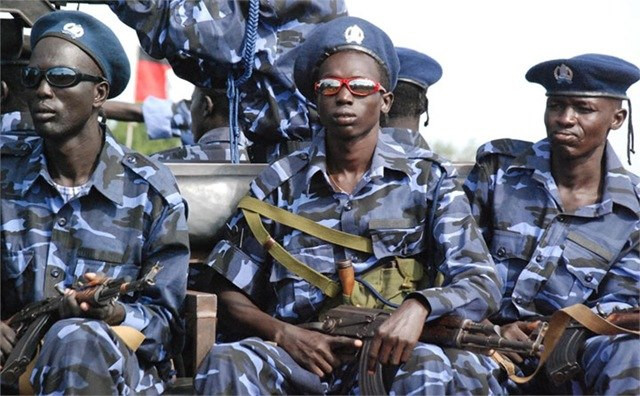 This makes it one of the main weapons manufacturers for the African Union.

Egypt starting producing its own weapons since the 1820s according to an article by the deputy director of Human Rights Watch‘s the Middle East and North Africa division, Joe Stork. Their locally manufactured arms include “warships, artillery, rifles, bombs, ammunition.”

By 1981, Egypt had produced $400 million worth of arms in over 30 factories, according to an article by Jim Paul. It wasn’t long before the country started exporting to the Middle East and various parts of Africa reports Global Security. 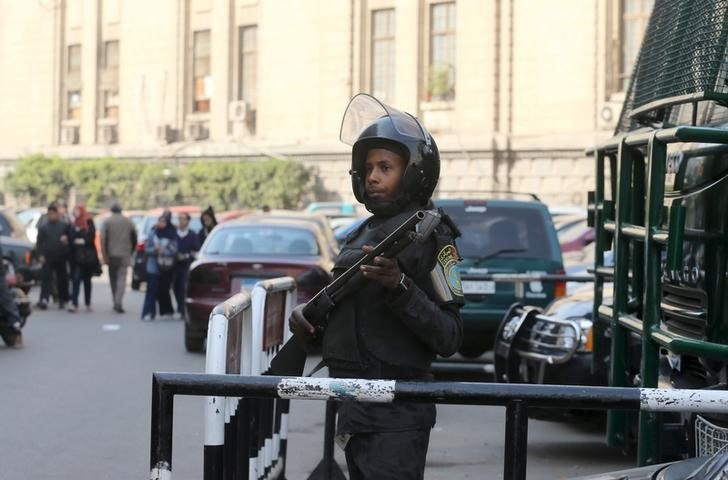 A member of the riot police stands guard outside the high court in Cairo, Egypt, January 21, 2016. REUTERS/Mohamed Abd El Ghany

These days, the government now has established aircraft factories, ammunition and small arms companies. There are reports that the country is looking to become a major arms exporter in Africa.

A 2013 essay titled: “History Of Locally Manufactured Weapons In Ghana History Essay” revealed that this African country has been producing weapons for many years.

According to the essay, their locally manufactured arms include pistols, shotguns and single-barrel guns which are produced by workshops located in “each of the 10 regions in Ghana.” 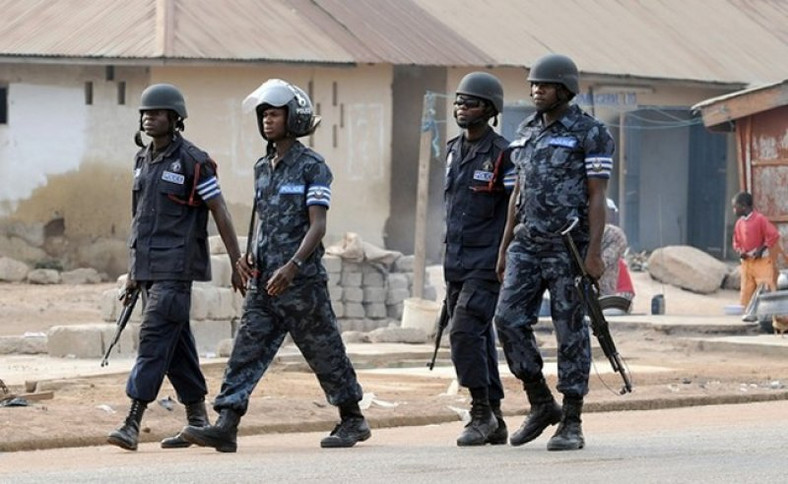 Kenya has an established small arms manufacturing operation called the Kenya Ordnance Factories Corporation (KOFC). It started in 1997 under the Ministry of State for Defense.

More local arms factories have been built since then. These include South African company Osprea Logistics’ facility, which started in late 2012.

With assistance from FN Herstal of Belgium (1996) according to the report by globalpolicy.org, Kenya now produces Mamba Mk 5 armoured personnel carriers, small arms and ammunition. 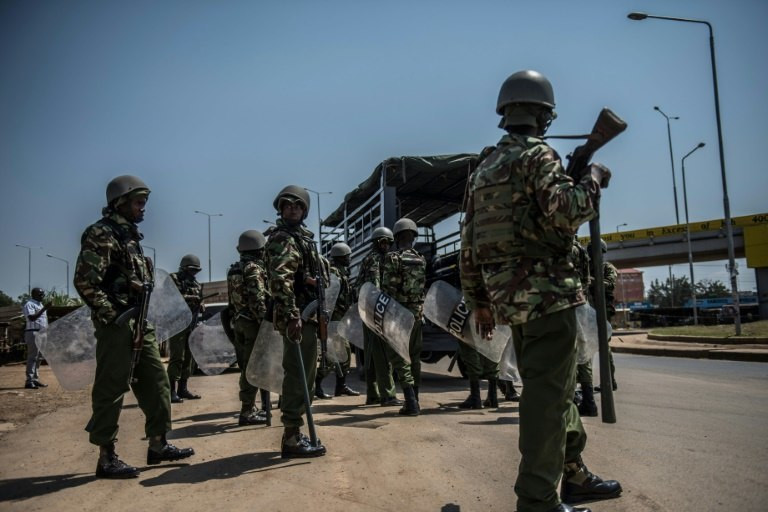 Its bullet factory reportedly makes 20,000–60,000 bullets daily. These are used by the armed forces and the Kenya police.

Some of the locally-made weapons and equipment used by the Nigerian Army includes an Infantry Patrol Vehicle (IPV), a Combat Fighting Motorcycle (CFM), unmanned aerial vehicles (UAVs), and an Automated Sniper Rifle (ASR). 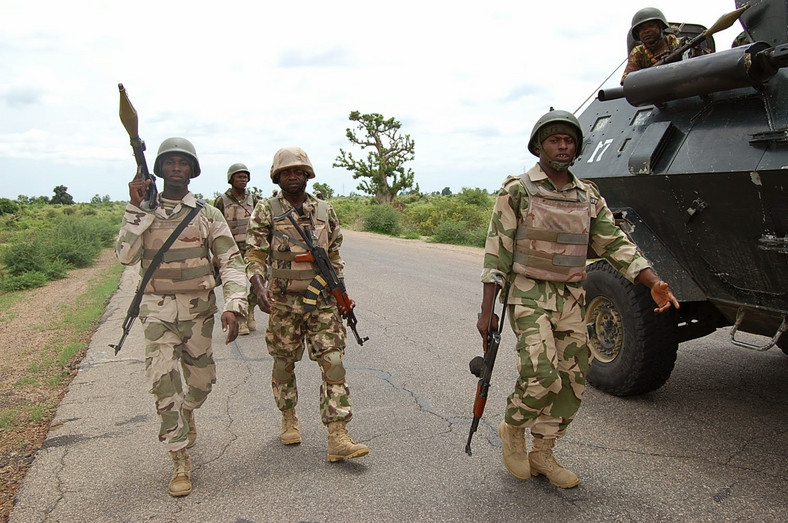 Production of small arms began in 1959. The establishment of the Military Industry Corporation (MIC) by the then President Omar Al Bashir in 1993 led to an increase in the manufacturing of arms. Now, the country has become one of the largest manufacturers of weapons in Africa. It even participated in the 2013 IDEX weapons convention in Abu Dhabi.

A 2014 article published by Radio Dabanga stated that the MIC produces ammunition, conventional weapons, armoured vehicles, battle tanks an more. According to a report by gunpolicy.org, Sudan has established “at least three weapons factories outside of Khartoum.” 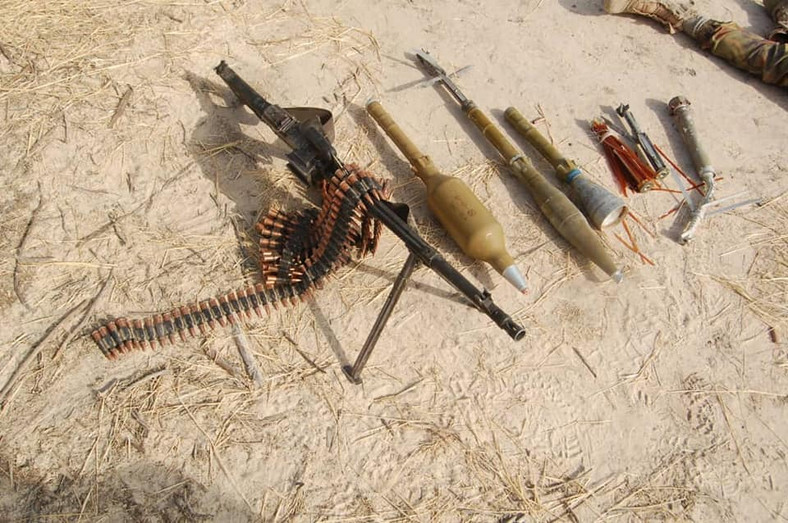 Arms and ammunition recovered from the terrorists [Facebook/HQ Nigerian Army]

Other African countries that manufacture arms include Tanzania, Namibia, Uganda and Zimbabwe.