The world is blessed with quite a lot of talents across all sports you could think of on the planet. Although, many highly talented athletes have emerged from Africa over time, the underlisted men and women have become legends of the game; their exploits are known all over the world. This list contain some of the best legs and hands that have come out of Africa, ancient and modern. It is quite difficult to rank them: each one has a unique success story made of record-breaking feats that has etched their greatness into the annals of

15. Hicham El Guerrouj is a Moroccan and current holder of the 1500 meters, mile and outdoor 2000 meters world records. He is also a double Olympics Gold medalist known for his wizardry and diligence on the field. For almost a decade since 1994, he dominated the middle-distance run and was thus nicknamed “King of the Mile.” In 1998 in Rome, El Guerrouj broke Noureddine Morceli’s 1500 meters world record (3:27:37) with a time of (3:26:00). Some think he is the best middle distance runner of all time.

14. Blessing Okagbare is a Nigerian track and field athlete who set a Commonwealth record of 10.85 to win 100 meters Gold, the fastest ever. This record beats a 12-year-old record earlier set by Debbie Ferguson-McKenzie at the 2002 Commonwealth Games in Manchester. She has won several other medals at the All African Games, Commonwealth Games, World Championships, Olympic Games, and African Championships.

13. Daniel Teklehaymanot is a cyclist from Eritrea, East Africa. Although he had tachycardia in 2009, which was corrected by surgery, he still finished sixth overall in that year’s Tour de l’Avenir. In 2010, he won the African Championships in the road race, individual time trial and team time trial, at both senior and under-23 levels. In 2012, he became the first Eritrean to ride in La Vuelta. With several more awards and competitions under his belt, Teklehaymanot’s exploits cannot be forgotten in a hurry.

12. Kanu Nwakwo is one of the most decorated football players from Africa on the global stage, having won a UEFA Champions League medal, a UEFA Cup medal, three FA Cup Winners medals, Premier League medal, and an Olympic Gold. Twice, he was named African Player of the Year by the Confederation of African Football. Although he had a heart defect that threatened to cut short his career, his legendary role in representing his country Nigeria and showcasing African talent continues to be remembered. He is a UNICEF Goodwill Ambassador and has helped several children with heart disease to get corrective surgeries abroad.

11. Genzebe Dibaba, an Ethiopian middle- and long-range distance runner, is the current world record holder for the women’s 1500 meters, both indoor and outdoor. A proud owner of five world records including the outdoor 1,500 meters mark and indoor records in the 3000 meters and 5000 meters, she is particularly lauded for breaking a 26-year-old record on the women’s 1500 meters indoor mile, running a time of 4:13:31.

9. Moses Kiptanui is a Kenyan middle- and long-distance athlete who became the first person in the world to run the 3000-meter steeplechase in under eight minutes. This self-coached runner also set a new world record of 7:28.96 in the 3000 meters in Cologne and broke the 5000 meters world record in Rome in 1995.

8. John Ngugi, Kenyan track and field athlete, is regarded as one of the greatest middle-distance runners of all time. Though controversial, he won five IAAF World Cross-Country titles and an Olympic 5000 meters gold medal.

Hakeem Olajuwon of the Houston Rockets grabs a rebound during a 1994 NBA game against the Boston Celtics. (Photo: Bill Baptist/NBAE via Getty Images)

7. Hakeem Abdul Olajuwon is a Nigerian-American retired professional basketball player. He is considered as one of the greatest Africans to play basketball at the highest stage. He was the only player in NBA history to win the MVP, Defensive Player of the Year and Finals MVP awards in the same season. He was selected as one of the 50 Greatest Players in NBA History.

6. Abedi Ayew, referred to as “Abedi Pele” worldwide, is a retired Ghanaian footballer who has often been regarded as one of the greatest African footballers of all time. He was one of the pioneers of African football and served Ghana’s national team as captain for a period of six years. He won the France Football Magazine African Player of the Year Award three times and was the first to win BBC’s African Sports Star of the Year in 1992. Ayew is a three-time winner of the African Footballer of the Year Award and holds the record for the most appearances at the Nation Cup Finals. Ghana made him the first athlete to receive the Order of the Volta, one of the nation’s highest honours.

5. Maria Mutola has been ranked as one of the greatest female 800 meters runners of all time. A Mozambican, she is the only athlete to hold Olympic, World, World Indoor, Commonwealth, Continental Games, and Continental Championships.

4. Didier Yves Drogba is a professional Ivorian footballer. He is the first African player to score 100 premier league goals, the first African player to score 50 goals in European competitions and the only player in history to score in four separate FA Cup finals. Having scored 63 goals throughout his career with the national team, Drogba is the all-time top goal scorer for Ivory Coast and was team captain for many years. He currently plays for Montreal Impact in Canada.

3. Samuel Eto’o Fils is arguably the most decorated African player of all time. He won the African Player of the Year a record four times and holds the record for number of appearances by an African player in La Liga, the premier Spanish football league. In 2010, he became the first player to win two European continental trebles with Barcelona and Inter Milan. He has participated in four World Cups and six African Cup of Nations as a member of the Cameroon national team. His exploits in African, Europeean and global championships are incredible and second to none. He became the highest paid player in the world in 2011 when he signed a three-year contract with FC Anzhi Makhachkala.

1. Haile Gebrselassie, the retired Ethiopian athlete, is perhaps the greatest long-distance track and road runner of all time. He has broken every record there is, including 27 world records in various championships, particularly Olympic and World titles. 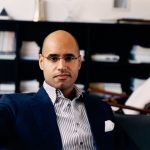 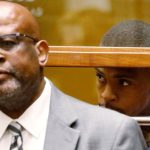