It is one more day before the USA say goodbye to the legend that is Barack Hussein Obama II aka ‘Presido of the World’ and we can hardly fight back the tears.

The digital world has been ablaze with memes and vids paying homage to our dear POTUS such as him joking about with VP Joe Biden, eating ice-cream,  dancing with old ladies, kissing Michelle, singing, as well as all the wonderful things that he did as President and as a man that gave us major feels these last eight years.

The new President/reality star/ pu**y-grabber has got some shoes to fill. But, you’ve got to admit that there is one arena that the President-Elect reigns supreme: Twitter.

The Donald is one heck of a twitter troll and the social media platform is his battlefield where no one is safe. It must be said, his tweets may bring anger, anguish, frustration and horror… but you can’t deny they are entertaining AF.

As you wait for the new tone of voice that the @POTUS account will surely have, enjoy our all time favourite Obama tweets while he was President.

The first presido to ever be on Twitter, indeed social media, PERSONALLY (not the PR team) cementing his position as the coolest president ever. Other countries then followed suit.

2.
Banter with Barack and Bill

The internet went bananas when these two showed their witty bromance.

3.
DJ POTUS on the ones and twos

When he dropped his summer playlist and it featured the who’s who of music from Aretha Franklin and Nina Simone to Jay Z, Method Man and Chance the Rapper. 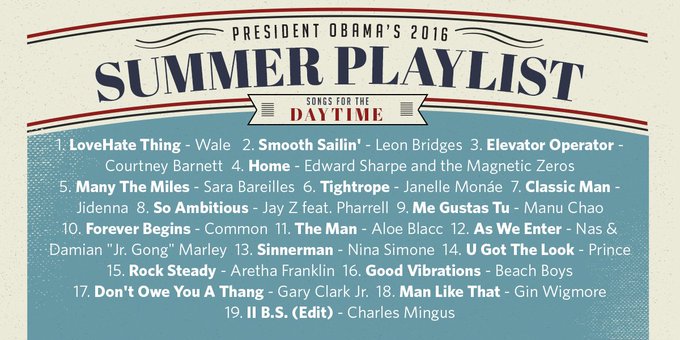 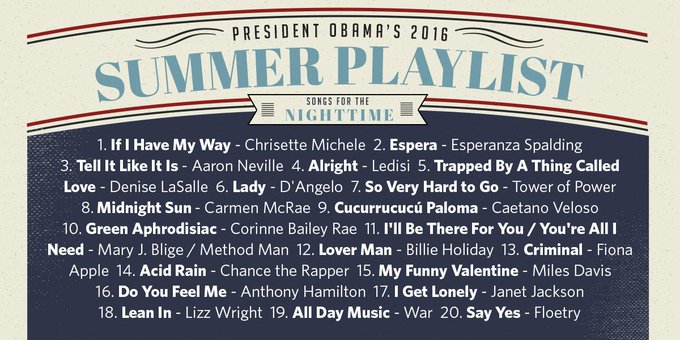 Been waiting to drop this: summer playlist, the encore. What’s everybody listening to?

His support of gay rights and marriage.

Today is a big step in our march toward equality. Gay and lesbian couples now have the right to marry, just like anyone else. #LoveWins

His involvement in current affairs when he invited Ahmed Mohamed – the brilliant kid who made a clock for a science project but caused national uproar because his (racist) teacher thought it was a bomb –  to the White House.

Cool clock, Ahmed. Want to bring it to the White House? We should inspire more kids like you to like science. It’s what makes America great.

For even knowing what Nae Nae was!!

Who knew community policing could involve the Nae Nae? Great example of police having fun while keeping us safe: http://wapo.st/1iia2cP

A D.C. cop tried to break up a group of teens. It ended in this impressive dance-off.

The cop and D.C. high school student both had a rather impressive array of dance moves.

Only a dope Head of State could read mean tweets about himself and laugh (take note Donald).

ALSO SEEYoung African leaders look back on when they met Obama
8.
Avo life

Because guacamole is bae, even when you rule the Free World.

His continuous PDAs (public displays of affection) for his wifey made us believe in love again. This tweet was our fav though. 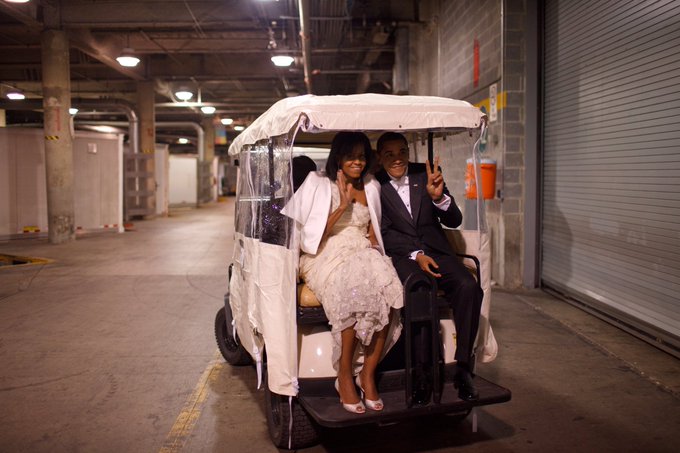 To the girl from the South Side who took on a role she didn’t ask for and made it her own: Happy Birthday, Michelle. I love you.

Yes, these aren’t real tweets nor conversations between these two but the internet will miss the memes of Joe Biden and Obama.