The retired basketball player has always been an interesting character both on and off the court. His bold and unusual hair choices would leave most people shocked that he used to battle with being incredibly shy.

In his own bio on his official website, Rodman is described as being “frail and shy” growing up as he took “the brunt of beatings by his bigger, more aggressive schoolmates.” You would never guess that the singer and dancer would be anything less than a social butterfly, but those who have worked with the songstress say she is a “shy, quiet girl.”

“She was this shy, quiet girl in the studio,” Lil Jon said of Ciara when he first met her. “She was 17 years old when we started working together.”

While Ciara has managed to take a few steps outside of her shell, she still admits to being a little shier than people might expect. The First Lady of Jazz surprised her fans when she said she was extremely shy. When she was onstage, she had the type of presence that demanded everyone’s attention.

“I’m very shy,” she once said. “And I shy away from people. But the moment I hit the stage, it’s a different feeling. I get nerve from somewhere; maybe it’s because it’s something I love to do.” Today, the former Disney star has come a long way and has even been hailed for her chic fashion choices. Her quirky, silly personality has made her quite the sensation on social media, but the teen star says that she actually battled with her shyness when it came to pursuing her Hollywood dreams.

“I was really shy, like, to the point where my parents would go to like counselor meetings for shy girls to try to get me out of it,” Zendaya revealed. “I didn’t like to be in front of people, so I would just watch.”

It definitely seems like the “Replay” songstress has broken out of her shell lately.

The King of Pop was forced into the spotlight when he was a young child, and his popularity only grew with time. Despite the way he managed to captivate audiences onstage, Jackson admitted to being very shy and was even known for his unusual attempts to remain hidden from the paparazzi when he was out in public.

“When he doesn’t know people, he doesn’t dare talk to them,” she said. “So in the first instance we can believe that he is rude, while he is quite the opposite.”

Many people would raise a brow at this. It seems impossible that the international pop star and modern-day feminist would be shy by any stretch of the imagination. As it turns out, however, Beyonce claims she had to come up with an alter ego, Sasha Fierce, just to be able to confidently make her way onto the stage. While she admitted that she isn’t as shy as she used to be, she says she still has a tendency to shut down and revert back to her shy ways in certain situations.

“I used to be very shy,” she once told designer Tom Ford. “I don’t think I’m shy anymore. I get really uncomfortable when I’m not performing on the stage or on a photo shoot and have too many people looking at me expecting a performance.”

She also added that she tends to “become shy and a bit intimidated when it’s a large group of people.”

He had no problem shaking up the entire rap game by calling out some of the biggest rappers right now on his verse on Big Sean’s “Control.” There was once a time, however, that the hip-hop star was so shy that he couldn’t even speak up to answer questions in school. In an interview with LA Weekly, Lamar admitted that he was extremely shy in school.

“There was a math question that I knew the answer to, but I was so scared to say it,” he said. “Then this little chick said the answer and it was the right answer, my answer. That bothers me still to this day.” 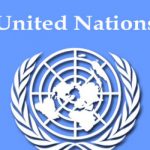 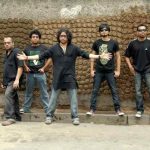