Spinning a yarn, telling a tall tale, or flat out lying. Whatever you want to call it, these folks weren’t afraid to do it, and it didn’t prevent them from creating impressive legacies, being beloved, or amassing wealth.

We may never know for sure what Benjamin Franklin meant when he (supposedly) said, “half a truth is often a great lie,” but we do know that he loved to tell a great lie. Despite this, he’s memorialized in art, history books, and even stuck on currency notes. Not bad for a cheating, lying, political opportunist!

Even most amateur historians agree Franklin lied about, after having a hunch about the true nature of lightning, experimenting on lightning with a kite and a key. It never happened, nor do most scientists believe it is even possible.

Besides this most famous of tales, Franklin was also among the first to deploy fake news to stir up passion in the people. Using a homemade printing press in 1782, he concocted, wrote, and printed an entirely fake newspaper, running a story about the discovery of teenage scalps on the frontier. The story was meant to arouse fear against the local Native American tribes and even included fake letters to the editor.

While she isn’t known for being a liar, this artist is well documented for some blatant bending of the truth—and largely celebrated for being so unapologetic about it, rather than criticized for writing her own history

Frida also preferred to give a birthday that was not accurate. Although the artist was born in 1907, she said she was born in 1910, the year the Mexican Revolution began.

ALSO READ:  By Pouring Acid Into A Pool Of Activists In 1964, This Racist Changed U.S. History

Who can point a finger? The artist lived most of her life in physical and mental agony and left an artistic legacy that very few individuals from her time can complete with.

Who can help (even secretly) cheering for Frank Abagnale? Not only did he get away with what are now considered to be horribly obvious hoaxes, he ended up a pretty wealthy dude because of getting discovered. That’s just some serious talent.

Abagnale is now most known for being portrayed by Leonardo DiCaprio in the film Catch Me If You Can, about a teenage boy who figures out how to pull the wool over the eyes of everyone he comes into contact with, and spends the next six years doing just that. Abagnale’s most famous lies include: posing as a pilot at age 16, being handed a legitimate position as a medical supervisor at an ER at age 18, passing as a Harvard Law School graduate to obtain a job as an attorney in Louisiana, and seducing who knows how many older women into affairs.

Here’s the really good part: Abagnale ended up spending less than five years in prison before being hired by the FBI to consult on fraud cases in return for his release. Following this gig, Abagnale found it difficult to hold down a job, given his reluctance to disclose his criminal past to a long line of employers, and his entrepreneurial instincts once again came in handy. He founded the successful firm Abagnale & Associates, has had an Academy Award–nominated film and a Broadway play made about his life, and is a successful businessman with admirers around the world.[3]

You all know the story: Linda Tripp was out to get Clinton. She happened to record a friend of hers, the young and impressionable Monica Lewinsky, confiding in her about having a sexual relationship with Mr. President himself. Tripp turned over the tapes to the right people, and the morality of the nation was rocked to its core.

Instead of fessing up, President Clinton boldly, adamantly, and even under oath-y, denied the affair, only to recant and admit the entire thing later that year when it became clear that he would not be able to prevent truth from being exposed. Perhaps even more than being a liar, we can most accuse him of the worst ability to predict an outcome in American political history.

You have to hand it to Clinton. Despite the very public scandal, he came out on top (so to speak). He went on to be one of the most active and influential former presidents in history, founding the Clinton Foundation in 2001, partnering with multiple world leaders to help rebuild Haiti, authoring a best-selling autobiography, and being continually involved in successful environmental and humanitarian efforts domestically and abroad.

No one can accuse Calamity Jane of lacking a bold streak. Orphaned at age 14, it appears she quickly decided she would do whatever it took to keep afloat, even if it meant telling a fib or two along the way.

Calamity Jane is memorialized in popular culture as the sidekick to Wild Bill Hickok and for being one of the Wild West’s original cowgirls. However, friends of Wild Bill’s claimed Hickok had very little interest in Jane as a friend and definitely didn’t consider her a sidekick.

Although her lies are well documented and easily debunked, it hasn’t kept Jane from becoming one of the most beloved and famous figures from the Wild West, rivaling even her so-called partner in crime, Wild Bill Hickok

Pope Alexander VI, born Rodrigo de Borja is infamous for unabashedly making “the end justifies the means” his life motto (yes, he was born over 100 years before that term was invented, but that’s beside the point).[6]

De Borja loved power, and in Italy in the late 1400s, the pope was pretty much as powerful as a human being could aspire to be. He also loved women and wasn’t about to let the pesky laws around sexual piety stand in his way. De Borja fathered four children by his long-term mistress Vannozza dei Cattanei, and though he denied his paternity at first, he was quick to legitimize all children once he was awarded the title of pope in 1492. De Borja is believed to have fathered five additional children by various women.

The Vatican was evidently a much different place in 1492 than it is today. Despite being out and proud about his many children, Pope Alexander had a pretty successful reign. While ruthless, he was known for favoring negotiation over war, was a fierce patron of the arts, and his children rose to power around Europe. Today countless books, plays, television shows, and even video games feature him as a force to be reckoned with.

Leaving a legacy for politicians to follow for the rest of time, Herodotus figured exaggerating the truth was the best way to make his side look better, and he would also be able to get away with it. His Histories included many exaggerations of the truth and outright lies, all for the purpose of enlarging the perception of Greek greatness. And while many like to view him as a pure scholar, others say his greater talent was perhaps relaying stories he had been told throughout his travels.

He remains one of the most notable figures in ancient history, and most memorialized as well. Herodotus’s image in sculpture form alone is found across the world, from New York City to Turkey to Greece. He must have been some performer.

Let’s face it, you don’t divorce your pious and devoted wife of 24 years, head up the Reformation, behead the woman you started it for shortly thereafter, and then marry another dame a week later without telling a fib or two along the way.

Wife #1 won’t disappear to make way for new, likely to-bear-strong-sons wife #2? Claim the marriage was invalid from the beginning and that you are just realizing it.[8] Pope still refuses to grant you a divorce? Tell everyone that God wanted you to be the head of the church all along. Wife #2 doesn’t bear you a son? Tell everyone she’s a witch who is committing incest and have her head cut off. Ah the beauty of a lie of convenience.

Despite all this treachery, you can almost hear the people around King Henry saying “meh?” and shrugging their shoulders.

While he may be considered a Judas in American history, Benedict Arnold went on to lead a solidly successful professional life after being discovered as the biggest traitor ever to the American cause.

Arnold, who was born on American soil in 1741, was truly motivated by resentment and the promise of cash. Despite being an active figure of the American Revolution and ultimately becoming a celebrated war hero for nearly 10 years, he was convinced to jump ship and go undercover for the British army.

Talk about poor execution. Arnold was quickly discovered when one of his cohorts was captured with written documentation of the plot. While the cohort was hanged for treason, however, Arnold escaped and managed to have solid careers in England, ranging from military service to exporting and property (though even in England he failed to ever gain much popularity).

His decisions didn’t sit well with American patriotism then or now. Following the discovery of his plot, the graves of his unknowing family members were destroyed. To this day, Benedict Arnold is demonized, and his name itself is a synonym for traitor. Yet not only did he achieve lasting fame—he always managed to come out on top in his dealings, and his three boys all had successful military careers.

Believe him, or not?

The magic of Robert Ripley’s wild success might have been that he mixed lies that couldn’t be verified with outrageous facts that couldn’t possibly be made up. Combine that with an enormous dose of audacity, and you have the Believe It Or Not empire.

Given that he claimed his own dreams as sources for some of his discoveries, it’s easy to say that there was a lie or two told along the way, starting with the date of his birth up to the tree-climbing fish. Regardless, an empire was amassed in his name that continues to thrive today. Ripley Entertainment owns over 90 attractions around the globe that remain highly loved. 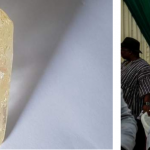 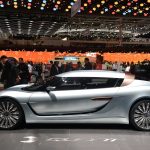