Dr Lisa Dyson is an eco-entrepreneur who has created a range of meat products that are just as delicious and nutritious as conventional meat, but made with a fraction of the environmental footprint. She basically uses science to create a healthy environmental friendly meat alternative.

According to Forbes, Dyson combined her discovery of microbes that convert CO2 into nutrients with space-age technology developed by NASA during the 1960s. She founded “Air Protein”, which mimics nature’s conversion of carbon dioxide into food sources.

It all started in 2008 when Dr Dyson and her co-founder, Dr John Reed had the idea to fight climate change by recycling carbon. “We wanted to leverage science for the betterment of the planet, and we were inspired by this idea of, ‘remaking how things are made’ through carbon transformation,” she said.

“We started exploring how we could make food production more sustainable. It’s an area where we can make some of the greatest strides in slowing climate change and also align with the rising demand from consumers and industry for more sustainable food. From there, Air Protein was born”.

ALSO READ:  Unbelievable! See How Woman Proposed to Her Boyfriend in Public by Giving Him Expensive Motorbike and Apartment (Photos)

Air Protein is a technology company focused on feeding the world’s population with food made from the most sustainable protein made from elements found in the air using a proprietary probiotic production process.

With the most sustainable ingredients, Air Protein said air-based meat offers an elegant solution to the United Nation Food and Agricultural Foundation’s (FAO) predictions that farmers will need to increase food production by 70% with only 5% land increase to meet the expected growing population of 10 billion people by 2050.

The technology to produce the protein found in air-based meat allows for protein to be made in a matter of days instead of months, and independently of weather conditions or seasons. It also requires significantly less water and land, allowing farms to expand vertically with geographic flexibility.

According to Dyson, our favourite meat dishes like chicken, carne asada, bacon, burgers, tacos, and meatballs can be enjoyed knowing they would be made free of animals, and without the conventional needs of land and water that are currently depleting our natural resources.

She said that is possible with a new protein source – one that is grown without any arable land and made from the elements in the air we breathe, reducing hunger and reversing climate change at the same time.

It takes about two years and incredible farming and land inputs to make a steak. With the soybeans, it still takes several months to produce meat, but with Air Protein, it’s just a matter of hours, she explained.

“The process of making meat from the air is a little like making yoghurt. First, we start with elements from the air we breathe, carbon dioxide, oxygen and nitrogen and combine these elements with water and mineral nutrients. Next, we use renewable energy and a probiotic production process where cultures convert the elements into nutrients”.

The output, she stated, is a nutritious source of protein with the same amino acid profile as animal protein. However, to give the protein the texture and flavor of meat, a combination of pressure, temperature and culinary techniques are used. “The possibilities are truly endless because we can make just about any kind of meat; seafood, chicken, and pork with our air-based process”, she noted.

As one of the few African American women entrepreneurs in the sustainable food and technology sectors, Dyson stressed her passion for science led her to pursue a PhD and scientific research in physics from Massachusetts Institute of Technology (MIT). She is the fourth black woman to achieve a PhD in theoretical high energy physics.

The scientist and entrepreneur also went to the Boston Consulting Group where she worked with business executives across industries to help them solve business problems.

She attributes her entrepreneurial skills to her father, who was also a businessman. “My dad was an entrepreneur… he ultimately was the president of a chain of 55 hair salons, so entrepreneurship is kind of in my blood,” she said. “Growing up in his shadow, I got to see firsthand the joy of having ideas turn into business realities. I also got to see the myriad of other aspects of entrepreneurial life, including carrying the weight of many on one’s shoulders and how to deal with setbacks, which are guaranteed to come.”

Dyson was one of Inc Magazine’s Top 100 Female Founders in 2019. She received the 2019 Verge Vanguard Award, as well as, the most Creative People in Business 2017 by Fast Company. She received the San Francisco Business Times’ Forever Influential Honor Roll and C3E award from MIT and the Department of Energy for her entrepreneurial leadership in energy

In this 2016 TED Talk, Dr Dyson breaks down the technology behind the protein and how it can potentially help address global hunger: 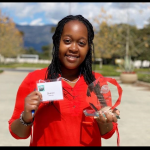 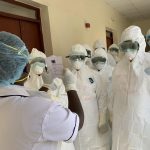