The Namibia Football Association (NFA) has thrown their weight behind ongoing continental and international efforts to free the people of Western Sahara from the oppressive jaws of Morocco, after the football association resolved at last Saturday’s executive meeting not to support Morocco’s bid for the 2026 World Cup.

With the Namibian government having already declared its unwavering support towards the self-determination and total freedom for the Sahrawi people, the NFA has become the latest organisation to take a firm stand on the Western Sarah-Morocco issue, saying it “believes in fair play and will never support nor align itself with a coloniser.”

Namibia is one of the African countries that has taken a leading role in advocating for the emancipation of the Sahrawian people and total liberation of the Saharawi Arab Democratic Republic, with neighbours South Africa being another leading African country very vocal on the issue.

Morocco occupied Western Sahara in 1975 immediately after colonial Spain withdrew from the disputed area, and has since maintain a despotic stronghold over Western Sahara resisting all efforts by the Saharawi people and international community to grant Western Sahara its right to self-determination and freedom.

ALSO READ:  World’s Worst Places: Top 10 Places You Do Not Want To Visit

As for South Africa, Pretoria and Rabat have had strained relations since Morocco withdrew its ambassador from Pretoria in 2004, when South Africa recognised and started demanding the total liberation of Western Sahara.

Occupied by Spain until the late 20th century, Western Sahara has been on the United Nations list of non-self-governing territories since 1963 after a Moroccan demand. It is the most populous territory on that list, and by far the largest in area. In 1965, the UN General Assembly adopted its first resolution on Western Sahara, asking Spain to decolonise the territory.

One year later, a new resolution was passed by the General Assembly requesting that a referendum be held by Spain on self-determination. In 1975, Spain relinquished the administrative control of the territory to a joint administration by Morocco and Mauritania.

A war erupted between those countries and a Sahrawi nationalist movement, the Polisario Front, which proclaimed the Sahrawi Arab Democratic Republic (SADR) with a government in exile in Tindouf, Algeria.

Mauritania withdrew its claims in 1979, and Morocco eventually secured de facto control of most of the territory, including all the major cities and natural resources. The United Nations considers the Polisario Front to be the legitimate representative of the Sahrawi people, and maintains that the Sahrawis have a right to self-determination.

Since a United Nations-sponsored ceasefire agreement in 1991, two thirds of the territory has been administered by the Moroccan government, with tacit support from France and the United States, and the remainder by the SADR, backed by Algeria.

The Polisario Front has won formal recognition for SADR from 37 states, and was extended membership in the African Union. Morocco has won support for its position from several African governments and from most of the Muslim world and Arab League.

In both instances, recognitions have, over the past two decades, been extended and withdrawn according to changing international trends. 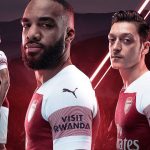 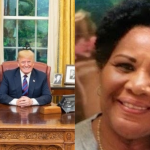