Libya is a main departure point for migrants fleeing wars and poverty trying to reach European countries, though crossings have dropped sharply since last July due to a more active coastguard supported by the European Union.

ALSO READ:  The Names of these 4 Ghanaian Villages Threw the Parliament into Laughter and Confusion

“The illegal migrants were on board two big rubber boats,” Qassem said. “The engines of the two boats stopped working in the middle of sea.”

ALSO READ:  OMG!! These Are Kenyatta Uhuru's Assets, No Wonder Forbes Says He May Be The Richest African President

He later said the coastguard had also recovered three bodies and rescued 142 illegal migrants 25 miles off Tripoli’s eastern Qarabulli town after their boat got torn in the middle of sea.

Two migrants were being treated in a hospital, he said.

On Wednesday, one body was recovered and a group of 82 migrants were rescued off Tripoli’s eastern Tajoura suburb, he also said.

Most migrants try to head across the Mediterranean towards Italy, hoping they will be picked up by ships run by aid groups and taken there, although many drown before they are rescued. 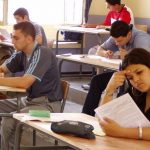 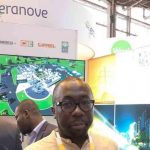