His gold dinar would have shut down the fake economies of the Rothschilds around the world and give the power back to the people.

Libya & Gaddafi…Facts That Cant Be Denied……

1. There is no electricity bill in Libya; electricity is free for all its citizens.
2. There is no interest on loans, banks in Libya are state-owned and loans given to all its citizens at 0% interest by law.
3. Home considered a human right in Libya – Gaddafi vowed that his parents would not get a house until everyone in Libya had a home. Gaddafi’s father has
died while him, his wife and his mother are still living in a tent.
4. All newlyweds in Libya receive $60,000 Dinar (US$ 50,000 ) by the government to buy their first apartment so to help start up the family.
5. Education and medical treatments are free in Libya. Before Gaddafi only 25% of Libyans are literate. Today the figure is 83%.
6. Should Libyans want to take up farming career, they would receive farming land, a farming house, equipment, seeds and livestock to kick- start their farms – all for free.
7. If Libyans cannot find the education or medical facilities they need in Libya, the government funds them to go abroad for it – not only free but they get US $2, 300/mth accommodation and car allowance.

8. In Libyan, if a Libyan buys a car, the government subsidized 50% of the price.
9. The price of petrol in Libya is $0. 14 per liter.
10. Libya has no external debt and its reserves amount to $150 billion – now frozen globally.
11. If a Libyan is unable to get employment after graduation the state would pay the average salary of the profession as if he or she is employed until
employment is found.
12. A portion of Libyan oil sale is, credited directly to the bank accounts of all Libyan citizens.
13. A mother who gave birth to a child receive US $5 ,000
14. 40 loaves of bread in Libya costs $ 0.15
15. 25% of Libyans have a university degree
16. Gaddafi carried out the world’s largest irrigation project, known as the Great Man-Made River project, to make water readily available throughout the desert country. U.S. Military Intervention in Libya Aimed to Squelch Gold-Backed African Dinara 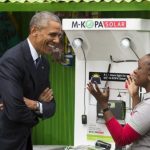 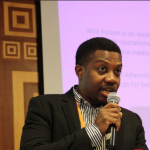