His buildings were distinguished by strong Italianate and Queen Anne-style architectural elements. Even though Buckner was an apprentice, the inspiration for his buildings did not come from his master, Christian H. Stump, a white furniture and cabinetmaker originally from Michigan.

His architectural designs were inspired by pattern books and published journals. He was credited for his creative designs. Historians say no two works of Buckner are ever the same.

Buckner was born as a slave on March 12, 1856. His father was white and his mother was African American. According to isaacdockery.org, “Buckner’s well-crafted architectural detailing features vernacular renditions of Victorian patterns that include naturalistic elements such as a unique flower motif that became his signature trademark.”

ALSO READ:  How The First Black Parliamentarian In Ecuador Was Fatally Shot While Running For President

Despite the firm nature of his work, nearly 20 of his structures can still be found in his county. These homes were constructed between 1880 and 1921. Buckner frequently lives on the construction site while constructing a structure. He was also known to travel to the countryside in order to create decorative designs on staircases, mantels, and porches.

He was also a furniture maker. He made bedroom sets, washstands, cabinets, and picture frames. Many of his works are prized family heirlooms. Buckner rose through the ranks to become a successful businessman. In 1894, he paid $140 for seven acres of land on Kellum Creek Road, off Allensville Road, to build a house. At the time, this was considered a feat for an African American in history.

Buckner had six children from his first marriage as a cabinetmaker and home builder. On March 1, 1898, he met and married Eliza Chandler. He and his new wife had four children. He is buried in an unmarked grave near Millican Grove at Union Hill Cemetery. 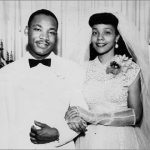 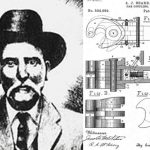