Bryant was killed alongside his 13-year-old daughter Gianna and seven others in a helicopter crash outside the city of Calabasas, which is situated to the west of Los Angeles.

The 41-year-old was reportedly travelling with his daughter to the Mamba Academy in Thousand Oaks for basketball practice.

James was a close friend of Bryant and footage from 12News caught the heartbreaking footage of the 35-year-old breaking down in tears shortly after he got off the LA Lakers’ team plane.

LeBron James in tears exiting team plane. Someone he looked up to in Kobe! #RIP pic.twitter.com/YcX03uhSOZ

‘When I was a high school kid I was growing up through the ranks when Kobe came into the leagues,’ LeBron told Spectrum SportsNet.

‘It wasn’t a dream of mine to go straight to the NBA from high school at the time but for a 17 or 18 year old to make that leap, that’s pretty damn cool.

‘As I started playing more ball and went into high school the things he was doing on the floor I admired and wanted to be a part of.

‘I went to camp and he came to speak to the kids and I was just listening. I was tried to soak everything up that I could.

‘I can remember one thing that he said. He said that if you want to be one of the greats you have to put the work in. There is no substitution to work. 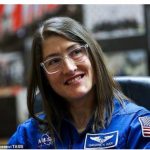 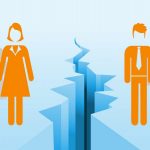