South Africa’s opposition leader, Mmusi Maimane on Thursday quit the Democratic Alliance party and resigned his parliamentary seat, one day after he had stepped down as leader of the country’s biggest opposition party.

Mmusi Maimane stepped down as the leader of the Democratic Alliance on Wednesday, saying a faction of party undermined his leadership.

“Over the past months, it has become quite clear to me that there exists a grouping within the DA who do not see eye to eye with me, and do not share this vision (making the DA appeal to black voters) for the party and the direction it was taking,” Maimane said in a statement.

“There has been for several months a consistent and coordinated attempt to undermine my leadership and ensure that either this project failed, or I failed,” he added.

The Soweto-born politician was elected as the leader of the DA party in 2015, making him the first black person to head the party.

His resignation comes just three days after the resignation of Herman Mashaba from the party and as the mayor of Johannesburg effective November 27.

In his statement, Maimane said a “smear campaign” had been run on a newspaper in the country, putting his family in danger.

“This cowardly behaviour has put my wife and two young children in great danger as pictures of our home were published in the media,” he said.

Maimane said he would continue pursuing his dream for South Africa, but did not disclose what his next political steps would be. 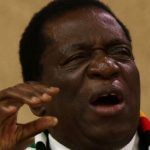 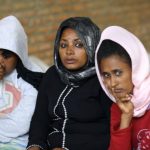