There has been speculations of late that her majesty, Elizabeth II is considering retirement as the Queen of England; and handing over to Kate Middleton.

Kate Middleton is the Duchess of Cambridge and Prince William’s wife.

Putting it clearly, the report says that the Duke and Duchess of Cambridge in the persons of Prince William and Kate Middleton will soon become the new king and Queen of England.

How is that? When the throne logically should go to Prince Charles, Queen Elizabeth’s son. He is the rightful heir to the throne.

According to a reliable source who remains anonymous, this is the reason why Prince Charles might not take over from his mother:

“When the Queen passes the baton, it will be to William and his wife Duchess Kate”.

“If letting William and Kate become the next king and queen is what it takes to cement the future of the monarchy, he’s willing to sacrifice his own turn on the throne.”

The anonymous source also included that Buckingham palace is planning a $100 million coronation to that effect.

While it is not official that any of the claims is true, U.K.’s Globe Magazine reported last month that the Queen was set to hand the throne over to Kate Middleton.

The magazine also mentioned that Camilla, Prince Charles’ wife was furious and felt slighted over the Royal decision.

“William’s weary grandmother went into semi-retirement and handed off her duties to Kate.”

Before now, international media has spotted estrangements between Camilla and Kate. It appears the ladies do not get along much. There has equally been rumors of a feud between the Queen and Kate Middleton as well.

But until there is an official confirmation, Elizabeth II remains the Queen of England. 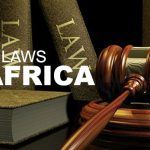 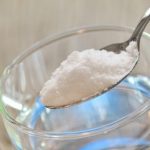