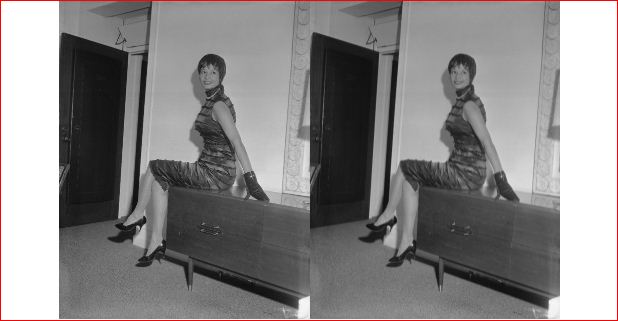 Legendary model Lady Sara Lou Carter is recognized for breaking the color barrier in the modeling industry. Carter was an educator, fashion model, entertainer and humanitarian. She was the first black model in the New York buyers fashion show.

Carter was born July 4, 1923 in Wilkesboro, North Carolina. After graduating from Bennett, Carter moved north to New York after teaching for a year. While in the big city, Carter earned a master’s degree and supported herself as a model, radio host and dancer working across a variety of mediums.

Lady Sara broke the color barrier and changed the image of the black woman model from servant to glamor girl in high fashion modeling. She became the first black model in the New York buyers fashion show. Lady Sara was one of the original 12 “Branford Lovelies” of the Branford Modeling Agency, the first licensed African-American modeling agency in the U.S.

She was married to Guyanese Sir John Carter in 1960, after meeting him in 1958 when she visited Guyana to participate in a fashion show. Lady Sara was also the first African-American model to be featured in a national poster campaign in the 1940s for Lucky Strike cigarettes. 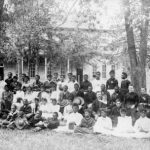 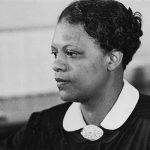