Vanessa Bryant, 37, lost her basketball star partner and their daughter Gigi, 13, in a horrifying helicopter crash in California last month.

She’s spending her first Valentine’s Day without him and she admitted it’s particularly hard for her as it was Kobe’s “favourite holiday”.

She shared a video online playing Lauryn Hill’s song Tell Him, which featured the lyrics: “Tell him I need him”.

Vanessa added in the caption a poignant Valentine’s Day message to her husband and their little girl.

She wrote: “To my forever Valentine, I love you so much. Missing you so much on your favorite holiday.”

“Te amo per sempre. Kisses to you and Gigi in heaven. Happy Valentine’s Day, my babies”

NBA legend Kobe, 41, died along with 13-year-old Gianna – known as Gigi – and seven other people when the helicopter they were travelling in crashed in Calabasas, California last month.

Vanessa, who was married to La Lakers icon Kobe for 19 years, previously declared she is determined to stay strong for the couple’s other three daughters Natalia, Bianka and Capri.

Vanessa wrote: “I’ve been reluctant to put my feelings into words.”

“My brain refuses to accept that both Kobe and Gigi are gone. I can’t process both at the same time.”

“It’s like I’m trying to process Kobe being gone but my body refuses to accept my Gigi will never come back to me.”

“It feels wrong. Why should I be able to wake up another day when my baby girl isn’t being able to have that opportunity?!”

“I’m so mad. She had so much life to live. Then I realize I need to be strong and be here for my 3 daughters.”

“Mad I’m not with Kobe and Gigi but thankful I’m here with Natalia, Bianka and Capri.”

Kobe and Gigi were travelling to a basketball tournament on January 26 when the helicopter they were in crashed in foggy conditions.

Another young player, Payton Chester, was also killed along with her mother Sarah Chester, and pilot Ara Zobayan. 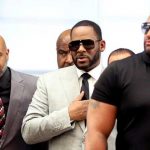 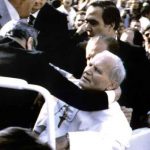