Kilimanjaro is the world’s highest free standing, snow-covered equatorial mountain. Located in North-East of Tanzania, this magnificent beast can be seen from far into Kenya and Amboseli National park.

Kilimanjaro. The name itself is a mystery wreathed in clouds. It might mean Mountain of Light, Mountain of Greatness or Mountain of Caravans. Or it might not. The local people, the Wachagga, don’t even have a name for the whole massif, only Kipoo (now known as Kibo) for the familiar snowy peak that stands imperious, overseer of the continent, the summit of Africa.

Kilimanjaro, by any name, is a metaphor for the compelling beauty of East Africa. When you see it, you understand why. Not only is this the highest peak on the African continent; it is also the tallest free-standing mountain in the world, rising in breathtaking isolation from the surrounding coastal scrubland – elevation around 900 metres – to an imperious 5,895 metres (19,336 feet).

Kilimanjaro is one of the world’s most accessible high summits, a beacon for visitors from around the world. Most climbers reach the crater rim with little more than a walking stick, proper clothing and determination. And those who reach Uhuru Point, the actual summit, or Gillman’s Point on the lip of the crater, will have earned their climbing certificates.
And their memories.

But there is so much more to Kili than her summit. The ascent of the slopes is a virtual climatic world tour, from the tropics to the Arctic.
Even before you cross the national park boundary (at the 2,700m contour), the cultivated footslopes give way to lush montane forest, inhabited by elusive elephant, leopard, buffalo, the endangered Abbot’s duiker, and other small antelope and primates. Higher still lies the moorland zone, where a cover of giant heather is studded with otherworldly giant lobelias.

Above 4,000m, a surreal alpine desert supports little life other than a few hardy mosses and lichen. Then, finally, the last vestigial vegetation gives way to a winter wonderland of ice and snow – and the magnificent beauty of the roof of the continent.

75,000 people climb Kilimanjaro per year so it is not the most remote mountain, neither is it the most arduous, but it is certainly a test of one’s abilities with altitude sickness being the main reason for climbers not to summit. Although it has become a ‘must-do’ in on most traveller’s lists and the experience slightly busy with other climbers, we still highly recommend it for anyone with a vague interest in mountaineering.

A Towering Life Force
Kilimanjaro represents a powerful life force for the local Chagga people and all those who have made their lives around this mountain, providing rich volcanic soils for agriculture and an endless source of pure spring waters.

Climbing Kilimanjaro
One of the most amazing aspects of the mountain in the present day is the accessibility of its peak to climbers with no mountain climbing equipment or real previous experience of scaling such heights. Kilimanjaro is the highest mountain that regular tourists can climb, although it remains a considerable feat of human endurance!

The breathable oxygen at the top is less than half the amount than is common at sea level, and climbers cover at least eighty kilometres on nothing but their own two feet over the five days it takes to reach the top and return.

Preserving the Mountain
The number of climbers has escalated to over a thousand a year during the last century, quite a development since Hans Meyer made history as the first European to scale the highest point of Kilimanjaro in 1889. The increasing numbers each year have made it necessary for the National Park to insist that all climbs are pre-booked, and passes are no longer issued at the last minute at the park gate.

Overall Fitness Required
Although it is possible to simply trek a route to the pinnacle of Kibo without relying on professional climbing equipment, it remains a hard and serious endeavour that requires a level of physical fitness, stamina and a realistic awareness of the potentially damaging effects of high altitudes.

Many tour operators request that clients consult a doctor before attempting to scale the mountain, and have a physical check-up for overall fitness.

Phases of the Climb; First Stage,Tropical Forest
With most of the old lowland forest now cultivated and settled, the first experience of the mountain environment begins with the dense vegetation of tropical montane forest between 1850m and around 2800m.

Cloud condensation mainly gathers around the forest, so this area is usually damp or drenched with rainfall, creating an intriguing mass of plant life and running rivers between endemic tree species. The area of heath just beyond the tree line also enjoys a relatively misty and damp environment as cloud clings around the density of trees. This is covered with heather and shrubs such as Erica Arborea and Stoebe Kilimandsharica, and a number of dramatic looking Proteas.

Open Moorland
From around 3,200m a wide expanse of moorland extends beyond the heath and the cloud line, so that here the skies are generally clear, making the sunshine intense during the days and the nights cool and clear.

The climbing incline remains gentle, but thinning oxygen provides less fuel to energise the muscles and can dramatically slow the pace of walking. Hardy endemic species of Giant Groundsels (Senecio) and Lobelia (Deckenii) towering up to 4m high thrive in this moorland zone and give the landscape a strangely primeval atmosphere.

Alpine Desert, Sparse Vegetation
Even higher, beyond 4,000m, this sensation intensifies as the landscape develops into a more bizarre alpine desert, with sandy loose earth and intense weather conditions and temperature fluctuations so dramatic that barely any plant species survive other than everlasting flowers, mosses and lichens. Only the odd lichen survives beyond 5000m, after Kibo Huts and beyond the Saddle, where the landscape is predominantly rock and ice fields. Here, climbers experience the final steep push to the summit.

Saddle to Summit
The easterly routes, Marangu, Mweka, Loitokitok and Rongai all converge west of the saddle near Gillmans Point, between the peaks of Mawenzi and Kibo. Kibos crater is roughly circular with an inner cone extending to 5,800m, (100m lower than the summit at Uhuru Peak).

At the centre an inner crater with walls between 12 and 20 m high contains another concentric minor cone, the centre of which falls away into the 360m span of the ash pit. This is the 120 metre deep central core of the volcano, and casts sulphurous boiling smoke from its depths despite the frozen, snowy outskirts.

Tanzania Safaris Extensions
It is rare for people to go all the way to climb Kilimanjaro and not then continue their time in Tanzania with a safari or even some beach time at Zanzibar. Please follow the following links for more information about Tanzania Safaris: Routes up the Mountain

The cloud-swathed peaks of Africa’s highest mountain inspire climbers of all ages and abilities. This magnificent, still partially ice-capped peak crowns fantastically lush volcanic slopes, with plenty of wildlife interest along the lower forest trails. Climbs can be arranged up a variety of different routes, and with various options for accommodation. It is worth having the time to enjoy the climb and acclimatise.

For those who cannot bear sleeping in a tent or who are planning to climb during the wettest months, the Marangu route remains a good choice. It is, however, very busy, and does not see as much of the mountain as western routes; it is the shortest route up the mountain.

Machame Route, Kilimanjaro
The beautiful Machame Route is highly rated as the most scenic route of all those up Kilimanjaro, with diverse vegetation and wide views as well as a number of possible route choices beyond the Lava Tower Camp at 4630m. 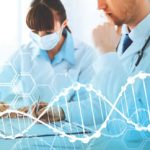 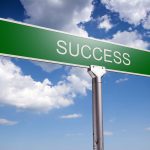