Kevin Hart is said to be very slowly walking again but is still suffering excruciating pain as he recovers from a sickening car crash that left him with a fractured spine.

The comedian and actor has reportedly stunned friend by getting back on his feet just a week after the crash and has been taking “baby steps”.

According to US site TMZ, Hart is still “miles away” from a full recovery, but has managed to keep a “positive mood”.

It is thought the actor will start physical therapy this weekend – just days after he underwent surgery for three fractures to his spine.

The Jumanji star, 40, was left with the sickening injuries after his car veered off the road in Malibu at around 1 am last Sunday morning.

The 1970 Plymouth Barracuda, which was Hart’s birthday present to himself in July, was destroyed in the smash which also saw his friend Jared Black injured.

There was a brief worry surrounding the lumbar fracture, as this can make walking difficult and can lead to paralysis, but Hart is expected to make a full recovery.

In the immediate aftermath of the crash, Hart’s team had taken the Jumanji star to his home, rather than the hospital, as they hadn’t realised the state of his injuries.

The roof of the vehicle appeared to be either completely caved on or missing, and there was severe damage to the bodywork.

The front wheels also appeared to be hanging off. It’s said it’s a miracle that Kevin and the two other people in the car survived the collision, which happened just before 1 am on Sunday.

The rare vehicle ended up in a ditch about 10 feet off the winding road after it smashed through a wooden fence. 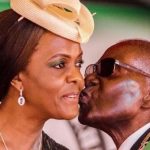 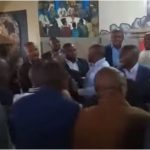