The items which include the bags, stretchers and gloves were reportedly delivered to Nyanza regional coordinator Wilson Njenga and AP commander Joseph Keitany.

Citizens in parts including Nairobi have travelled upcountry in fear of violence. In chaos that followed the disputed 2007 general election, at least 1,300 were killed and more than 600,000 internally displaced.

IPOA chairman Macharia Njeru said: “While the authority does not dispute police should be prepared for any eventuality, the perception should not be created that they plan to take lives.

“While enforcing the law, schedule six of the National Police Service Act is very clear that police officers must always attempt to use non-violent means first. If they must, force may only be employed when nonviolent means have failed. ”

Njeru said IPOA and Kenyans do not expect police to engage in any acts that could lead to the loss of lives. He noted the authority expects them to conduct themselves with the highest level of professionalism. 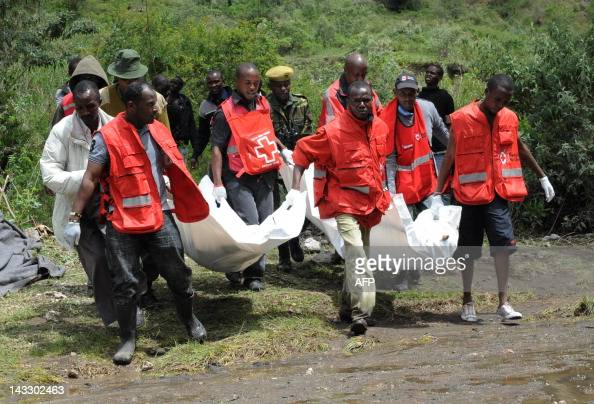 Njeru noted the force police use must be proportional to the desired objective or the seriousness of the offence.

“This force must only be to the necessary extent and with strict adherence to provisions of the law and Standing Orders,” he said in a statement.

Njeru urged members of the public to be peaceful and respect the law as they undertake their right to vote.

IPOA has dispatched 105 officers with firm instructions to monitor the conduct of police officers engaged in superintending the elections.

“The authority will hold to account officers caught in misconduct during this period,” Njeru said.

Read: Kenya’s election is much more than ruthless game of thrones

Njenga said death is not their expectation during the electioneering period and that such preparations are normal.

Naivasha sub county hospital has increased its medicines stock and activated its emergency response team ahead of Tuesday’s polls.

Dr Joseph Mburu, Superintendent in charge of the hospital, on Sunday said they are not taking chances as there could be emergency cases.

“We have procured more medical supplies in case of anything during or after the elections but our prayer and hope is that the election will be peaceful,” he said.

He added in an address in his office that workers who had been on leave were recalled.

The doctor said they are also discharging patients who do not need to be admitted to create more room.

Mburu added that the nurses’ strike, which is in its second months, has adversely affected operations.

“We normally have around 140 nurses but we are currently working with 43 who are on contract. The strike has stretched our services forcing us to admit special cases.”

Meanwhile, Naivasha sub-county commissioner Isaac Masinde has assured flower farm workers that they will be allowed to vote.

Masinde said the area security committee had held a series of meetings with farmers on this.

“The election is a national affair…farmers have promised they will give their staff ample time to vote as it’s their democratic right.”

Masinde also assured the workers they safe and that security measures have been taken across Naivasha.

“Naivasha is very safe…we are keenly monitoring every situation,” he said.