Former senior Kenyan athletics official David Okeyo, who was last week banned from the sport for life for siphoning sponsorship funds, has been cleared a extorting money from athletes in exchange for lighter sentences in doping cases.

Okeyo, a former Secretary-General and Vice President of Athletics Kenya (AK) as well as a member of the IAAF Council, and Isaac Mwangi, former CEO of AK, were both cleared of extortion changes by an IAAF Ethics Board on Thursday in a 62-page judgement.

Despite the verdicts, however, the panel noted deep concerns about the evidence and the procedures and structures of the sport’s governing body in Kenya, the dominant force in distance running for decades, and said that extortion may well have taken place and recommended changes.

Last week Okeyo was banned and fined $50,000 after being found guilty of diverting thousands of dollars of Nike sponsorship payments for his personal use. He has denied any wrongdoing and said he plans to appeal.

Thursday’s Ethics Panel report concerned a separate issue, namely that he tried to extort money “to help” Kenyan athletes who had tested positive for performance-enhancing drugs, either by covering up their tests or for arranging lighter sentences, a charge he and Mwangi both denied.

Following the investigation the Ethics Panel published its findings on Thursday, saying none of the allegations of extortion made against Okeyo or Mwangi, who they described as a witness who gave a positive impression, had been proved beyond a reasonable doubt.

However, the panel added: “We cannot conclude that the evidence Ms Sakari and Ms Koki Manunga gave was untrue nor can it conclude that Mr Mwangi was lying when he denied their allegations. The panel is thus left in the uncomfortable position of having heard contradictory evidence from witnesses that, in the main, it has found to be credible.

“In the case of … Mr Kipchumba … it considers there to be credible evidence to suggest that extortion may have taken place, even though ultimately the panel has concluded that the evidence does not meet the standard of proof required in terms of the rules of the Ethics Board.”

The panel added that the evidence raised enough concern to warrant the attention of both AK and the IAAF and urged them to take steps to ensure that appropriate procedures are in place to prevent extortion by officials and others involved in the processes that enforce the anti-doping rules. 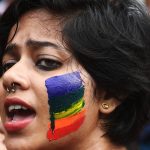 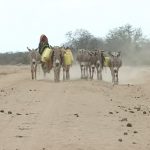