A Kenyan human rights activist has gone on hunger strike in protest of the deportation of opposition politician Miguna Miguna who was for the second time deported out of the East African country last week over immigration issues.

Local Standard newspaper reports Boniface Akumu to say he took the measure to pile more pressure on the government to facilitate the return of Miguna.

Miguna was forcefully flown to Dubai after he failed to present his immigration documents upon arriving back to the country on 26 March, having already been deported to Canada earlier that month.

ALSO READ:  CAN 2019 Qualifiers: What Adebayor Thinks of the Next Match Against Benin

His first deportation came after he presided over the mock swearing in of main opposition leader Raila Odinga as the “people’s president.”

Having arrived in Dubai on 28th, but has since flown to Canada, where he also holds citizenship.

Activist Akumu said he has not had a meal since Thursday, and that his family supports his move.

“I do not care even if I die of hunger. I have been very unhappy with the way the state has been abusing the rule of law,” Standard quotes Akumu.

“I am growing weaker by the day but I do not care because I believe this is a worthy cause and I have been getting a lot of encouragement from well-wishers,” he added.

Akumu’s is engaging in the hunger strike in the western city of Kisumu, which is considered an Odinga stronghold, and which was reported to have violent protests following the annulled 8 August presidential election. 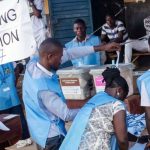 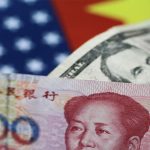