Electricity access rate in Kenya is the highest in East Africa according to the latest report from the World Bank tracking global achievements in sustainable energy for all.

According to The Energy Progress Report released by the World Bank covering the period up to 2016, electricity access rate in Kenya stood at 56 per cent, compared to Tanzania 32.8 per cent, Rwanda 29.37 per cent, Uganda 26.7 per cent and Burundi 7.5 per cent.

The electricity access rate in the country stood at 73.42% as at the end of April 2018, owing to various national electrification projects that have been undertaken by Kenya Power such as the Last Mile Connectivity Project and GPOBA that targets informal settlements in urban areas and low-income households in the rural areas.

The national access rate has grown steadily in the last five years from a low of 32% in 2013 due to accelerated investment in the distribution network and increased investment in renewable energy generation.

Kenya has been listed among countries where much gains were made in ensuring that more citizens access electricity for lighting, cooking and driving businesses.

“Some of the strongest gains were made in Kenya, Bangladesh, Ethiopia, and Tanzania, which all increased their electricity access rate by 3% or more annually between 2010 and 2016. Sub-Saharan Africa’s electrification deficit has begun to fall in absolute terms for the first time.

Tens of millions of people now have access to electricity through solar home systems or connected to mini-grids,” reads the Energy Progress Report.

The report comes at a time when Kenya Power is working towards achieving universal access to electricity by 2020.

To achieve this target, the Company intends to ride on the ongoing electrification projects as well as increase investment in the distribution network by building additional substations and associated lines to accommodate new customers and enhance the quality of power supply.

Kenya Power is also keen on riding on technological advancements to upgrade its systems in order to enhance service delivery to its customers. 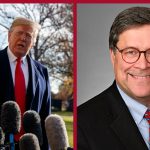 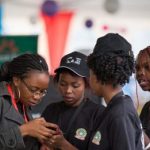