Kenya has launched an immobilization protocol for black and white rhinos to prevent fatalities during translocation, according to officials.

Charles Musyoki, acting director general of Kenya Wildlife Service (KWS), said the protocol has been developed in view of increasing needs for veterinary interventions for the two iconic species.

“The protocol is intended to ensure that immobilization and translocation of rhinos are carried out using ‘best practices’ by giving recommendations on the practical aspects,” Musyoki said on Monday.

He said the guidelines have been put in place due to increasing needs for veterinary interventions in the two species for various purposes including diagnosis and treatment of sick and injured animals, fitting of monitoring devices and ear-notches, movement of vulnerable populations, establishment of rhino sanctuaries, translocations to manage social and ecological carrying capacities in established rhino sanctuaries and diversification of genetic pools as well as release of hand-raised rescued animals already rehabilitated into the wild.

In July, Kenya lost 11 rhinos out of 14 that were translocated from the Nairobi and Lake Nakuru national parks to a sanctuary in Tsavo East national park.

Government investigations indicated that 10 rhinos died from salt poising and dehydration while one was attacked by a lion. 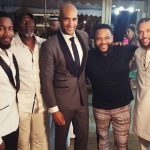 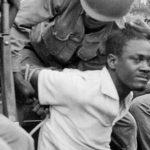