The Kenya Wildlife Service (KWS) on Thursday said it has begun implanting microchips in every black rhino in the country’s Tsavo East National Park in southeastern Kenya to help protect them from poaching.

KWS said the black rhino ear notching exercise, and the fitting of horn transmitters and microchips is part of the implementation of the Black Rhino Recovery Action Plan.

“The ear notching exercise involves cutting off a combination of a small section(s) of the ear in a V shape to give an individual rhino a unique identification feature to enhance rhino monitoring and provide accurate population estimates as guided by IUCN Species Survival Commission African Rhino Specialist Group rhino monitoring protocol,” it said in a statement issued in Nairobi.

The East African nation is currently embracing the use of more sophisticated technology to counter illegal wildlife trade and stop the loss of flagship species such as rhinos and elephants. 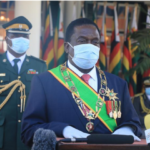