Kenya’s national broadcaster, the Kenya Broadcasting Corporation-KBC has signed a partnership deal with China’s National Radio and Television Administration to broadcast a Chinese TV drama series, “Feather Flies to the Sky”, in Kenya. This is geared towards promoting cultural exchanges.

Under the new partnership, the Kenyan national broadcaster will show 55 episodes of the TV series on KBC Channel 1. This series is expected to be broadcast on the channel at a rate of four episodes per week.

“Today’s launch cements further the relationship between the two nations. It will be a refreshing break for the Kenyan audience to watch content from the Orient after many years of watching movies from the West,” said Dr.Naim Bilal, managing director of KBC.

“Local content creators should take advantage of the huge market in China to also export films to the country in exchange,” he added.

Zhu Zhengwen, director of content division, TV drama department of the National Radio and Television Administration, said he was confident the Kenyan audience will resonate well with Chinese movies and programs.

“We want to share with Kenyans the secret of being successful as well as learn from our East African brothers,” said Zhu.

He said that the department has been producing over 150,000 episodes per year, which translates to about 14 episodes per day since 2003.

The Feather Flies to the Sky reflects the determination, courage, and resilience of an abandoned orphan, who has bravely fought to change his personal fortune despite life’s hardships 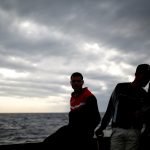 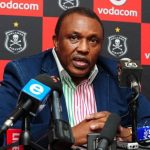