West made the announcement while accepting the Michael Jackson Video Vanguard Award at the 2015 MTV VMAs.

Taylor Swift presented the Michael Jackson Video Vanguard Award to Kanye West during Sunday’s MTV Video Music Awards at the Microsoft Theater in Los Angeles — and the rapper announced that he will eventually run for president.

“I have decided in 2020 to run for president,” West stunned audiences at the conclusion of his speech.

When West first took the stage, he embraced a long applause from the audience before beginning his speech.”Thank you, Taylor, for being so gracious and giving me the award this evening,” West said. “I often think back to the first day I met you also,” he said with a smile, while Swift and wife Kim Kardashian embraced while looking up at the rapper.

West covered a variation of topics during his acceptance speech and also included an apology for his past behavior at awards shows: “The contradiction is I do fight for artists, but in that fight I was somehow disrespectful to artists. I didn’t know how to say the right thing, the perfect thing,” West said.

“I will die for the art, for what I believe in, and art ain’t always going to be polite,” West continued. “We gotta teach our kids that they can be something. That they can stand up for themselves. If my grandfather was here, he would not let me back down.”

He also hinted at the fact that he took “something” before the show: “I rolled up a little something. I knocked the edge off,” but reminded audiences, “It ain’t about me. It’s about ideas, bro.” 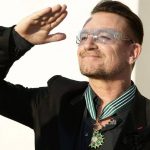 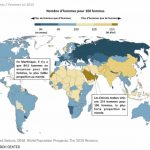