Kanye West has been hospitalized and put under psychiatric evaluation after he was said to be acting “erratically” at his trainer’s house in Los Angeles. This comes after West voiced his support for president-elect Donald Trump, ranted about Beyonce and Jay Z, then cancelled the final 21 dates of his “Saint Pablo” tour.

On the fire department’s dispatch call, obtained by TMZ, the responders can be heard saying that they are responding to a “psychiatric emergency.”

When the first responders arrived, West was reportedly much calmer, but the police and his management team decided it would be best if he went for the mental health evaluation, even though he did not want to. He was handcuffed to the gurney, as is protocol, according to TMZ.

The responses of people on Twitter vary from sincere well-wishing to outright laughter at his pain.

Some think his mental health troubles are funny and worthy of jokes.

Our thoughts and prayers go out at this difficult time to the hospital staff.

Others noted that making jokes at a time like this is morally reprehensible.

People making jokes about Kanye being hospitalized is why there is a stigma around mental health. Get well soon, @kanyewest.

One user wanted to draw a parallel between Britney Spears’ infamous breakdown when she shaved her head to Kanye West today.

Some more famous people wanted to make sure they made a bigger point, even though they also wished him well.

I hope Kanye West feels better, I also hope he’ll realize that no white supremacist is worth adulating.

And I hope u all pray for @kanyewest too. He’s not just an artist but he’s a father, a son a husband and above human. Get well soon

Kanye West’s mother, Donda West, died Nov. 10, 2007, from complications after some elective plastic surgery procedures. He has said in his music that he was depressed and suicidal after her death, and in interviews that he feels responsible. When asked what in his life he has sacrificed for his massive level of success, West told Q Magazine, simply, “My mom.”

He elaborated: “If I had never moved to L.A., she’d be alive. I don’t want to go far into it because it will bring me to tears.”

Though many have speculated that his ongoing outbursts, rants and odd behavior stem from his mother’s untimely death, many others do not seem to care what the cause is. They just want the rapper to get better soon.

I don’t know @kanyewest personally but I know he’s a human. He’s not an idea, a song, a concept, he’s a person. Sending love + prayers

kanye west ain’t feelin his kanye best
get somethin off his kanye chest see a shrink this ain’t no kanye test kanye get well bless, finesse

What’s going on w/@kanyewest isn’t even funny. He’s been on a gradual mental decline since his mother died. I hope he gets the help he needs 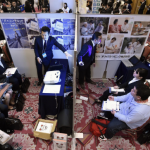 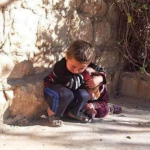