The Jesus Walks rapper, 42, announced he’s giving himself the elaborate title so his fans can understand him better.

Speaking at the Fast Company Innovation festival in New York on Thursday, Kanye said he’s even going to get it put on his license plate.

ALSO READ:  Top 10 Good Things About Gaddafi They Don’t Want You to Know

He explained: “People say it’s crass to call yourself a billionaire, but I might legally change my name to Christian Genius Billionaire Kanye West for a year until y’all understand exactly what it is…

“It will be on the license plate.”

At the same event Kanye repeated his claim that he was planning to run for president in the near future.

His admission caused laughter from the audience.

Kanye said: “When I run for president in 2024… What y’all laughing at?

“We would create so many jobs! I’m not going to run; I’m going to walk.

— one in three African Americans are in jail and all the celebrities are in jail also because they can’t say nothing, they got no opinion, they’re so scared!”

He also informed the crowd that “there are only four elements: earth, wind, fire and water. And therefore playing with your iPhone is the same as playing with dirt”.

It comes after Kanye made a string of bizarre soundbites when he was interviewed by Apple Music. 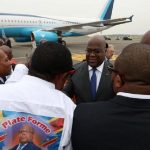 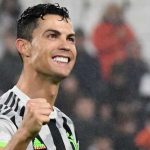