John Horse was an African and Seminole military leader, who became known under many names, such as John Cowaya, Gopher John, and Juan Caballo. While there isn’t much known about his early life, we believe he came into this world in 1812. It’s also known that by the age of 14, he was living near Tampa Bay, Florida.

When the first Seminole War occurred, Horse was a child, but when the Second Seminole War started, he joined the Seminole Army to rise against the American Army. This war began in 1835 and would rage on for about seven years. The reason behind the war was American settlers wanted the Native Americans removed so they would have room for more settlements. At first, Horse worked as a translator between the American and Seminole forces as he was one of the few Seminole who could speak English. From there, he continued working up the ranks and soon reached the rank of a military officer. After years of fierce fighting, Horse surrendered to the American troops after negotiations of receiving promises of freedom as long as they moved west of the Mississippi and settled in new territory.

ALSO READ:  Unlimited Detention of Migrant Children Soon to Come into Force in the United States

Therefore, Horse, his family, and other members of the Seminole made their way to the new Native American territory. Once they settled in on their new land near the Creek area, Horse became the Black Seminole leader. Not only did he receive this role because of his leadership in the military and among the Seminole tribe, but he also had friendly relations with Americans.

During the 1840s, the Black Seminole, Seminole, and Creek tribes began conflicts between each other. This prompted Horse and a few other Seminole to go to Washington, D.C. to request separate late because they were separate tribes. However, the leaders of Washington D.C. rejected their mission. Once Horse made his way back to Creek territory, the Black Seminole felt defeated and, unable to live under their conditions, started to travel to Coahuila, Mexico, in search of more welcoming land and people.

Once they reached Mexico, the Black Seminole became known as Mascogos. They started to help the land from slave raiders as border guards. In return of their work as border guards, the Black Seminole received land grants where they could build their colonies. The more the Mexican authorities fought alongside Horse, the more they began to admire him and soon felt he was the undisputed head of the Mascogos. They then started to refer to Horse as El Capitán Juan Caballo.

After slavery ended in the United States in 1865, the Black Seminole started thinking about making their way back to American while many others began to establish new settlements in Texas. In 1870, United States government and military leaders gave the Black Seminole the option to establish their Scouts unite in the United States Army if they returned to American land. Many members of the Seminole took America upon the office and together they created the Seminole Negro Indian Scouts.

Horse never became a part of the Scouts. However, he did relocate to Texas with many other Seminole until he survived an assassination attempt by a white settler. Horse then relocated back to Mexico with his family and many other members of the Seminole.
When Horse was in his 70s, the Seminole faced another threat of losing their land when the Mexican government wanted to reclaim the land from them. At some point, during his 1882 trip to meet with the Mexican president, Porfirio Diaz, Horse disappeared. While no one is directly sure what happened to him, many feel he might have passed away from old age. Many Mascogos of descendants of Black Seminoles still reside on their land today. 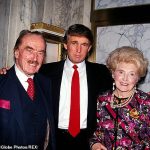 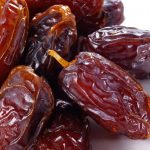