Elon Musk‘s SpaceX has signed its first private passenger to fly around the moon aboard its BFR launch vehicle.

Japanese billionaire, Yusaku Maezawa, 42, a former rock musician, and founder of online fashion destination Zozotown, was announced as the passenger at a press conference in the company’s headquarters in California on Monday.

“This is my lifelong dream. Ever since I was a kid I have a loved the moon, just staring at the moon fuelled my imagination,” Maezawa.

Maezawa added that he won’t be travelling alone as he’ll be bring artists along with him. “I choose to invite artists from all around the world on my journey,” he said.

Maezawa who is also well known for collecting art (he bought a Jean-Michel Basquiat painting for $110 million in 2017), has called the trip which will take place in 2023, #DearMoon.

Each of the 6 to 8 artists he plans to take on the trip would be required to create work that “reflects their experience.”

“I love art and I look forward to seeing what different artists working together [can] bring to life,” Maezawa added.

Only 24 humans have been to the moon in history. No one has visited since the last Apollo mission in 1972.

Watch the press conference below: 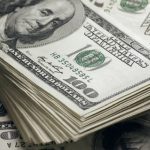 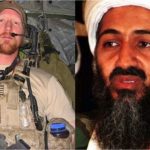