Interpol has issued a red notice for 20 Saudi suspects over the murder of journalist Jamal Khashoggi, according to reports in Turkey.

The men are said to have been members of an execution team, and are now wanted for arrest around the world, TRT World reports.

Khashoggi, 59, was killed at the Saudi consulate in Istanbul in October.

The Washington Post columnist was last seen going into the building in the Turkish capital on October 2.

He was there to get documents necessary to marry his fiancée, Hatice Cengiz, who was waiting for him outside.

Saudi authorities later said he had left the building, but were later forced to admit Khashoggi had been killed. His body was never found.

Saudi authorities first denied any knowledge of what happened to him, but later admitted he had been killed by “rogue elements”.

A CIA report claims that the Saudi Crown Prince Mohammed bin Salman personally ordered the journalist’s assassination, and the New York Times has previously reported that the royal had threatened to use a “bullet” to silence the critic of his regime.

The group is alleged to include those who dismembered his body using a bone saw.

Earlier this month an Al Jazeera documentary claimed the murdered journalist’s body may have been burned in a specially-built tandoori oven, just yards from where he was killed.

The large furnace, which could withstand temperatures of more than 1,000C, was constructed weeks before the journalist’s death, according to a new documentary.

It was at the home of the Saudi consul-general in Istanbul, just a few hundred yards from the consulate building where Khashoggi, 59, was killed in October last year.

Turkish authorities believe that after he was strangled to death, his body was dismembered with a bone saw and parts were taken to the address and burned.

A large amount of meat was burned in the oven afterwards to cover up what had happened, it is alleged. 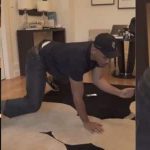 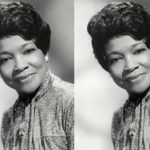