Opinions were mixed between the judges. Some gave him the floor at the expense of others. He could not even speak.

But here are several international media to shed light on the unsaid presented the speech of Blé Goudé, this “man of the street”. In his speech that the newspaper Jeune Afrique has obtained, Blé Goudé disputes several facts.

“According to the prosecutor, President Gbagbo would have appointed me minister for me to exercise authority over young people. Honorable judges, when does the prosecutor intend to produce any document certifying this allegation? At the very least, can he tell your chamber, when will he meet with President Gbagbo? A meeting during which the President might have given him the reasons that would underlie my appointment. If not, by what magic did the prosecutor succeed in putting words on President Gbagbo’s thought? For two years, I sat here. For two years, I waited in vain for the representative of the victims to produce evidence, including an audio-visual document, at least one or more witnesses to support her accusations against me. What nenni! Worst, she did not even think it necessary to call a witness at the bar when your room gave her the opportunity. We stayed in comments and free statements

Who is the real perpetrator of repeated violence in every election? President Gbagbo and I have not been in Ivory Coast for several years. And yet, in the last local elections, there were still deaths and many acts of violence. (…) “.

At the end of his speech, General Charles Blé Goudé pleaded his release as well as that of Laurent Gbagbo. He also called for the responsibility of all to help Côte d’Ivoire restore its social balance. 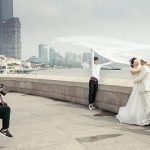 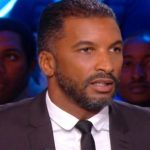