Laurent Gbagbo is at the center of an ongoing case of 400 million FCFA in the United States. The prisoner at The Hague prison in the Netherlands reportedly gave the money to Mike Espy, candidate for the 2018 senatorial elections, for a lobbying contract.

The information delivered by Fox news is making waves in the Democratic and Republican circles in the United States, but also in Côte d’Ivoire. Laurent Gbagbo reportedly handed over 400 million FCFA to Mike Espy, Democratic candidate for senatorial elections in Mississippi in March 2011, ie during the post-election crisis in Côte d’Ivoire.

At the time, Mike Espy was working for a lobby in agriculture. He would have received this manna from the Ivorian cocoa coffee board, under the orders of Laurent Gbagbo, to lobby the Obama administration, the UN and the media.

But Mike Espy who faces Cindy Hyde-Smith as part of the senatorial in Mississippi, said to have ended the contract because “Ivory Coast had not passed the test of Smell,” he says.

But FOX news, which is a string close to the Republicans, alleges that Mike Espy did indeed work for Laurent Gbagbo up to 15 days from the end of the contract, scheduled for 3 months. The TV channel offers as proof the register of agents working for a foreign government consulted at the Ministry of Justice.

If Mike Espy was neck and neck with his opponent before the second round of senatorial November 27, this case is likely to bring serious harm to his campaign.

For the camp of Laurent Gbagbo, pending the verdict of the International Criminal Court on his acquittal, “This case does not worry us. It has nothing to do with what is happening at the ICC, “ defended BM, an active activist of the Ivorian Popular Front, in Afrikmag. 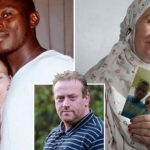 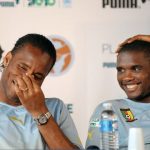