Melania Trump has finally addressed her husband’s alleged affair with adult film star Stormy Daniels saying it is none of her concern. 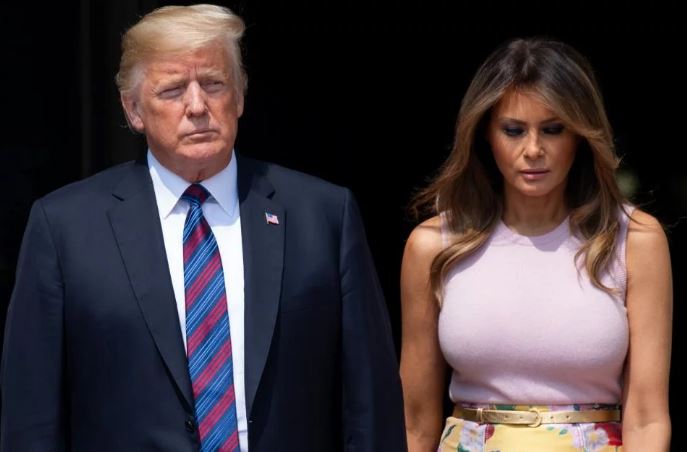 In an interview with ABC News’ Tom Llamas, the First Lady said;

‘It is not a concern and focus of mine. I’m a mother and a first lady and I have much more important things to think about and to do,’ replies the First Lady.

When later asked if she has been hurt by all the news stories and speculation about her husband’s alleged liaisons, Melania says;

‘it’s not always pleasant, of course. But I know what is right and what is wrong and what is true or not true.’

And when asked if she has a good marriage and loves her husband, the First Lady states:

The First Lady also opens up about the frequent attacks and criticism she has endured since her husband took office.

‘I could say that I’m the most bullied person in the world,’ says the First Lady.

When Llamas then presses her on this notion, the First Lady reaffirms her statement, saying: ‘One of them – if you really see what people are saying about me.’