Another example of the brutality of ISIS was demonstrated by the group’s strict interpretation of Islamic law. Despite the harsh nature of the ISIS-law, a Syrian woman, sentenced by ISIS to be executed by stoning, was able to miraculously escape the ordeal.

The woman was sentenced to be stoned for committing adultery in the ISIS controlled area of northern Syria this past Friday according to the Syrian Observatory for Human Rights. The sentence was carried out by a group of gunmen in the small town Raqqa.

After the identified woman was pelted by heavy stones and thought dead by her executors, she stood up and began to walk away. When one of the jihadi attempted to capture her again, he was stopped by an Islamic jurist.

“Her sentence is done, let her go and repent to her God.” The jurist said.

Some claim that it was “God’s will” that she survived her punishment for the crime of adultery:

“An IS militant was about to open fire at her when an Islamist jurist intervened and stopped him saying it was God’s will that she did not die,” The Observatory said about the execution by stoning.

Other women have not been as fortunate. According to the Syrian Observatory for Human Rights, 15 people, 9 of which have been women, have been executed by ISIS in Syria since….. 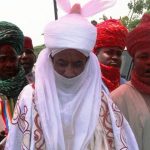 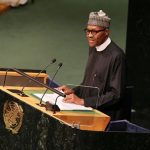