Although the Central Bank of Nigeria left the repo rate unchanged at 14% per annum last month in a bid to control inflation and support the naira after abandoning the currency peg to the dollar in June, the economy continues to experience challenges.

The fall in commodity prices that started at the end of 2014 and the depreciation in the Naira over that period from N160 (US$1) to N310 (US$1) have reduced the attractiveness of Nigeria as an investment destination generally.

“This coupled with the development boom experienced especially in Lagos has led to international real estate investors either scaling back or putting on hold their investment plans in Nigeria,” says Bolaji Edu, Broll Nigeria CEO.

Edu explains that as Nigeria has reduced in attractiveness as an investment destination, Francophone countries in West Africa have emerged as preferred locations for investors.

“Their stable currencies linked to the Euro and their lack of supply in all the real estate sectors has seen a number of international investors allocate their funds to those countries, particularly Ivory Coast and Cameroon.”

He says Lagos has always been the primary focus for corporates, investors and developers because it is the commercial and financial hub of Nigeria, however, Abuja is the Capital city and has grown rapidly in the past two decades with the expansion of the Federal Government.

According to Edu, the Federal Government has experienced dramatic cut backs since the election in May 2015, a position that is likely to continue at least during this administration.  For investors, the move to Abuja was driven mainly by the lack of suitable investment opportunities available in Lagos.  Investors now realise that the Abuja market is shallower than previously thought and are now focusing mainly in Lagos.

According to the Global Competitiveness Report 2016-2017 released last month, Nigeria slipped three places to 127 from 124 in the 2015-2016 rankings due to its macroeconomic environment.

The report is an annual assessment of the factors driving productivity and prosperity in 138 countries.

Furthermore, the report notes that Nigeria is among the African economies hardest hit by the reduction in commodity prices while banks reportedly reducing credit availability despite the central bank ending its currency peg.

Additional factors holding back Nigeria’s competitiveness include an underdeveloped infrastructure rated as the country’s most problematic factor for doing business, corruption, access to finance, foreign currency regulations, political instability and inefficient government bureaucracy among others, according to the report.

“Nigeria is still regarded as the preferred investment destination in Sub-Saharan Africa due to its size and long-term growth potential. However, the short-term challenges and the first recession in 25 years have led to investors to focus elsewhere in the short-term,” adds Edu. 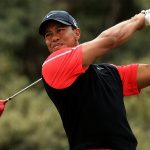 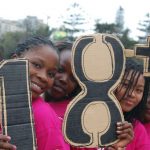