The credit of Trump’s win in the just concluded American elections has been attributed to social media’s political influence.

Perhaps it had to do with the level of appearance Trump had in the media and the rate with which millennials familiarize with these social platforms.

Even after his election, the President elect is blatantly making his own publicity via his Tweeter handle and giving no official room per say for mainstream media.

Donald Trump is not the only one who has issues with the media. African leaders now have a growing problem with the social media in particular.

Ghana’s Mahama has shared concerns of the media affecting or rather thwarting results against him in the forth coming December elections.

Cavaye Yeguie Djibril, the speaker of Cameroon’s assembly calls social media “a new form of terrorism,” carried out by “amateurs, whose ranks, unfortunately, continue to swell and who do not have a sense of etiquette and decorum.”

Being on social media as a public figure was all about being nearer to the people. But quite a host of things have gone wrong with social networks. Leading in the list is the issue of fake news which platforms like Facebook are taking seriously at the moment.

With the proliferation of blogs, the professionalism that comes with journalism has been breached.

With the “be the first to know” craze with social media clientele, uncountable unverified news have trended and sadly believed by many. With these tendencies, African presidents are beginning to see and appreciate the extent of the political threat that the social media poses during elections.

Uganda, Congo-Brazzaville, and Chad have shut down social media on election day. President Mugabe, who has never been a social media fan, shut down Whatsapp at a point in Zimbabwe. Mugabe is adopting the Chinese style of monitoring what goes on on social platforms.

From fear of political propaganda to the fear of publishing illegal election results as claimed by Congolese officials, African leaders are getting more conscious and cautious of the power of the social media.

As Cameroon anticipates and prepares for the 2018 elections, the government most definitely are taking steps to curb ‘social media excesses’.

On a lighter note, Tanzania enforced a social media ban for civil servants in order to make sure they do not waste their working hours over the media. Ethiopia did same to enable teenager concentrate well on their exams. 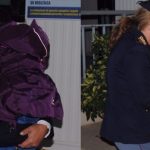