Tekashi 6ix9ine (aka Daniel Hernandez) is reportedly making enemies behind bars as his fellow inmates at Brooklyn’s Metropolitan Detention Center are said to be pissed because of the rapper’s perceived “special treatment.” 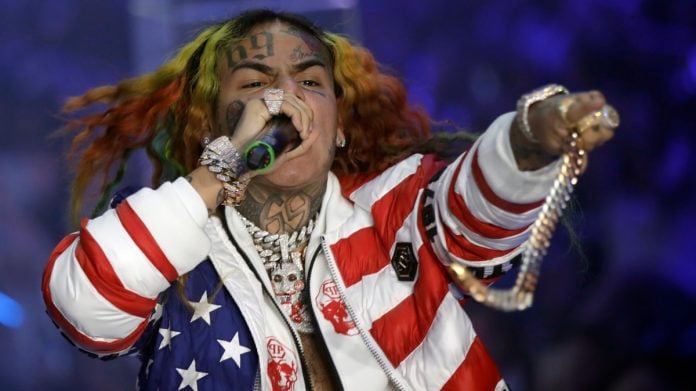 As previously reported, 6ix9ine and five members of the deadly gang known as the Nine Trey Gangsta Bloods were arrested last week on racketeering, firearm charges, conspiring to commit armed robbery, drug dealing and shootings. Tekashi was initially placed in general population but was immediately transferred because inmates kept threatening him.

An insider told TMZ that the 22-year-old is now being housed at an undisclosed facility that’s typically reserved for informants, dirty cops and child molesters. The outlet reported that one inmate mocked 69 “by singing a song about a child predator” — a reference to his child sex crime conviction (for which he placed on 4 years probation).

Tekashi is now reportedly neighbors with 11 other inmates who’ve been described as “docile.”

For the charges leveled against him, 6ix9ine is facing 32 years to life in prison; however, his lawyer, Lance Lazzaro, said he’s convinced that the charges will be dropped. He also told TMZ that he “doubts his client is getting preferential treatment” in prison.

“I believe that the charges against him is an over-charge by the U.S. Attorney’s Office,” Lazzaro told XXL, “and that when the facts come out I am confident that the charges will be dismissed as it relates to Daniel Hernandez Tekashi 6ix9ine.”

On Wednesday, Lazzaro said in a statement that his client was simply “An entertainer who portrays a ‘gangster image’ to promote his music.”

The defense attorney denounced reports that his client is associated with the 9 Trey Bloods.

“Mr. Hernandez became a victim of this enterprise and later took steps by firing employees and publicly denounced this enterprise through a morning show. Threats were then made against his life which resulted in this case being brought immediately,” Lazzaro added.