A few International passports afford their bearers more opportunity than others and in case you’re a U.S. holder, you’ll be able to enjoy an impressive level of visa-free travel. According to the latest edition of the Henley Passport Index, the U.S. passport remains one of the world’s most powerful, granting its holders visa-free access or visa-on-arrival access to 186 countries. That’s a level of freedom shared with Austria, Luxembourg, the Netherlands, Norway, Portugal and the United Kingdom. 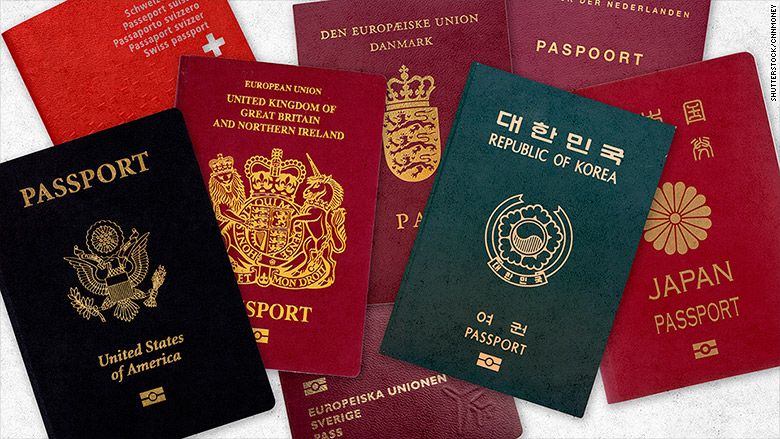 After its citizens gained visa-free access to Myanmar earlier this month, Japan has been named the country with the most powerful passport. Japanese travelers are now able to cross an impressive 190 borders without restrictions. Singapore, another Asian island nation, is in second place with 189 destinations. France, Germany and South Korea follow close behind with visa-free travel to 188 countries. At the other end of the scale, Afghanistan and Iraq have the least powerful passports worldwide with visa-free or visa-on-arrival access to a mere 30 jurisdictions. 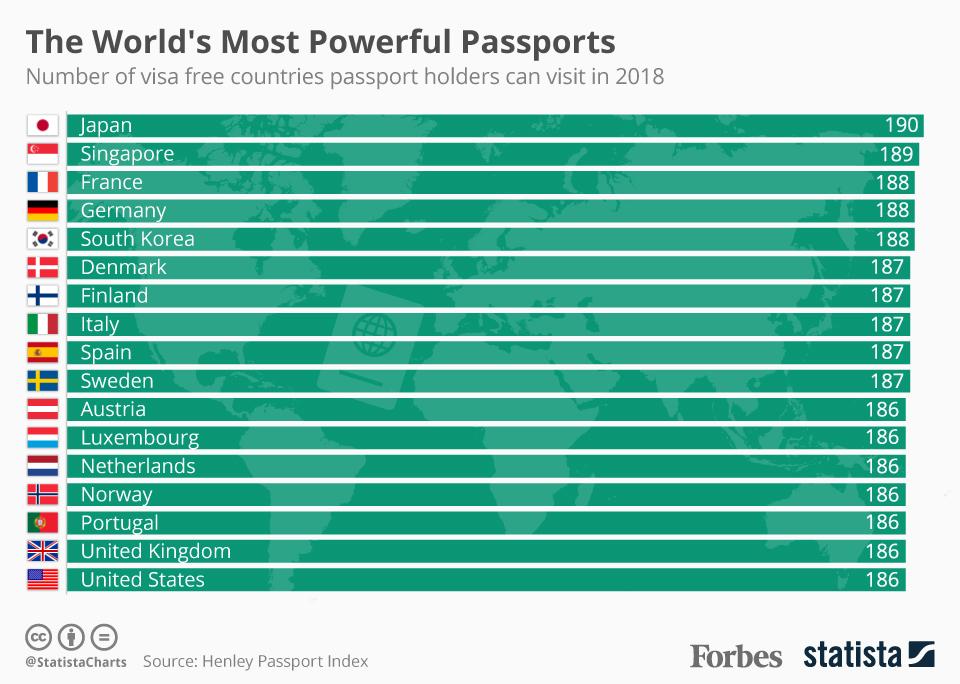