Rats are believed to be the biggest problem facing the city of Bihar at the moment, flooding. The police had previously said that rodents had emptied hundreds of liters of alcohol seized after the government imposed a total ban on alcoholic beverages.

In turn, state ministers accuse the rats of being the cause of the devastating floods that have already killed more than 500 people in Bihar.

“Rats are the main cause of the increase of water in rivers. Villagers tend to store their grains on the banks, which attracts rodents. These animals then dig holes in the dikes, thus weakening the foundations, “he said.

However, this “unfounded” reasoning is not shared by the leaders of the opposition parties. They claim that the government is simply trying to hide its failure with illogical statements.

“Sometimes they say that the rats have consumed the seized liquors and then accuse them of being responsible for the floods. If rats cause so many problems, they should find a solution to this. But they have done nothing about it because they are baseless arguments, “he noted.

MP Mithilesh Tiwari also denounced Lalan Singh’s assertion. “In a response to the Assembly, the government reassured us that all the dams are secure, so how can they blame the rats. Leaders are responsible for this and they should be held accountable. ”

Earlier, police were severely criticized for claiming that rodents had consumed hundreds of liters of alcohol seized in Bihar after its ban. 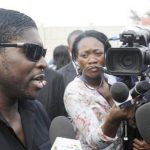 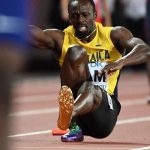